There have been surprisingly few major Hollywood films centering around World War I. Sure, Wonder Woman was partially set during the First World War, and Peter Jackson's documentary They Shall Not Grow Old was a sleeper hit last year, but just try to think of a great WWI movie made in the last few decades and you're likely to be left with few options . Meanwhile, there have been countless films about World War II, which has captured Hollywood's imagination since before the war was even over. 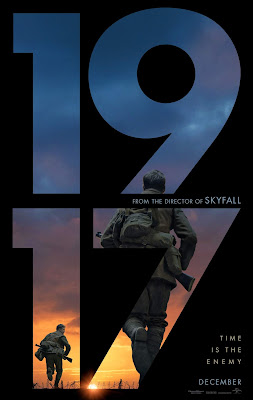 World War II has always seemed more accessible - perhaps because of its saturation of our popular culture, its relative recentness, and the fact that many of us knew World War II veterans, they were our parents and grandparents, their stories feeling somehow more immediate. By the same token, World War I seems more removed from our own modern times, somehow alien and ancient - only seen in silent black and white footage and still photographs, a more muddled conflict with less defined boundaries between good and evil and an even more vague objective. Sam Mendes' 1917 seeks to change all that; and while it may not shed any light on the complicated geopolitical issues that brought on the war that was once described as "the war to end all wars," it seeks to bring the human elements of the conflict to life in ways most audiences have never seen before.

Set near the end of the conflict on Europe's Western Front, 1917 tells the story of two young British soldiers, Schofield (George MacKay) and Blake (Dean-Charles Chapman), who are sent on a near-impossible mission to cross No Man's Land on foot and warn battalion of soldiers not to make their planned attack a band of seemingly retreating German because they're walking into a trap. If they fail, thousands of men will be slaughtered, including Blake's own brother.

It's a harrowing race against time, and Mendes shoots the film as if it were one long take unfolding in real time, the camera following Schofield and Blake on their journey through the abandoned trenches and hellish war-torn landscapes of France. The effect gives the audience the feeling of being an unseen third participant in the action, and the results are often breathtaking in their scope and raw visceral power. Roger Deakins' cinematography is extraordinary, and when paired with Lee Smith's nearly invisible editing and the stellar work of the visual effects and sound teams (not to mention Thomas Newman's tremendous score), 1917 becomes a towering technical achievement and a work of impressive directorial skill.

On the other hand, its technical aspects are so uniformly remarkable that one almost becomes so caught up in the nail-biting high-wire act on display that it's easy to miss the more human elements of the story it sought to illuminate in the first place. The young leads are both strong, but by the time 1917 reaches its grand emotional climax, it feels a bit detached. Perhaps it's because the preceding experience is so draining, but it definitely rings a bit hollow when all is said and done, a video game with arresting graphics but no real heart to latch on to. It's such a towering visual and aural experience that it's difficult to pay attention to anything else, the one-shot gimmick is so much the focus that it's easy to find yourself paying more attention to the cinematography and losing sight of the larger story at play. In that regard, it becomes a movie that serves its cinematography rather than the cinematography serving the story.

It's a thrilling experience, no doubt, one that deserves to be experienced on the biggest screen with the best sound system possible. It's not a film that was meant to be watched in the comfort of your living room, and if any film from 2019 deserves that distinction it's this one. But don't be surprised if you find yourself talking more about its technical elements than its human ones after leaving the theater, because for all its visual wizardry it never quite reaches the same emotional heights, an unfortunate side-effect of its stylistic conceit that ultimately holds it back from rising to the ranks of one of the great war films.