While the Best Animated Short Oscar nominees are often some of the best films of the night, the Best Live Action Short nominees are historically a mixed bag, often built around contrivances necessitated by their brief runtimes, but plagued by a sense of self-seriousness as they try to convey BIG THEMES as quickly as possible. This year's crop is no different, and with one major exception are almost uniformly depressing in the most unearned, excruciating way. Here's a look at this year's nominated films. 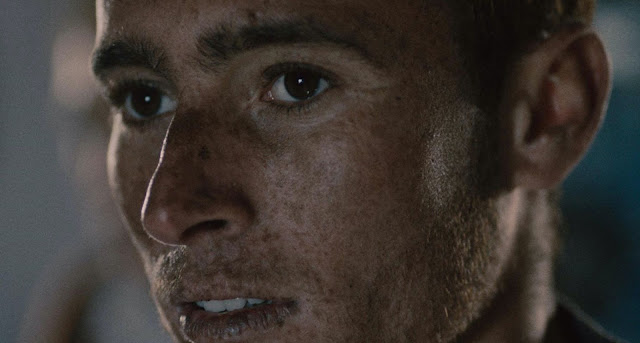 A modern twist on the parable of the Prodigal Son, Meryam Joobeur's Brotherhood tells the story of a Tunisian family whose idealistic oldest son returns with a young new wife after joining ISIS and moving to Syria. The father is none too impressed with his son's political ideas, and constantly berates and challenges him and his new wife, eventually deciding to turn him into the Tunisian police to report him as a terrorist. But when the truth about his son's time in Syria comes to light, as well as  the true nature of his marriage to such a young girl, it may be too late to stop the events that have been set in motion. Brotherhood is beautifully shot and often quiet compelling, but it wastes much of that goodwill on a ridiculous climax that has no real motivation other than to give it the kind of downer ending that this category loves because they seem "important." There are some interesting ideas at play here about what makes a "terrorist" and what motivates young Muslim men to join the caliphate, but it hinges on a contrivance that is difficult to overlook, building its drama on withholding a piece of information that it makes no sense to keep hidden other than as a dramatic plot device. 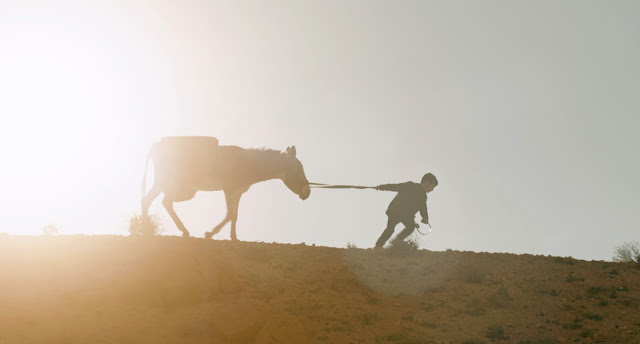 Yves Piat's Nefta Football Club is the only one of the Best Live Action Short Oscar nominees that tells a fully formed, well-rounded story. And while it may be structured around the kind of wild coincidence that seems to define the drama in this category, it zigs just when you expect it to zag, delivering something that is fresh, funny, and unlike every other nominee in this category, not soul-crushingly depressing. The film centers around two Tunisian boys who wander across the Algerian border and discover a donkey loaded down with several kilos of cocaine. Normally this is where the original owners of the donkey would come looking for the kids, but Nefta Football Club has something else entirely on its mind, leading to a wonderfully unexpected conclusion that sends the whole affair out on a high note. It's a delightfully idiosyncratic charmer, featuring an Adele-loving donkey and kids who think they've discovered a treasure trove of laundry detergent. It's the most unique and wholly realized film of the bunch. 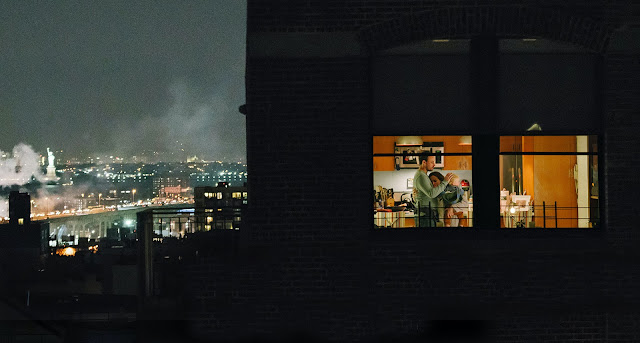 It always seems like there's at least one Best Live Action Short nominee like Marshall Curry's The Neighbors' Window - the schmaltzy American entry this is the most accessible, yet also somehow built around most aggressively contrived situation. In this case it's a couple of thirtysomething parents who become enamored with the attractive young couple whose apartment window is situated across from theirs. Constantly naked and constantly having sex or throwing wild parties, the neighbors quickly become a source of obsession for the couple, whose humdrum domesticity seems increasingly banal in contrast. But as they spend their time longing for the life they once had when they were younger, represented by the free-spirited young couple across the way, a tragic twist soon reminds them of just how good their life really is, and that while they long for someone else's life, someone else may be longing for theirs. The final twist is the kind of ridiculous emotional right hook that this category seems to love, but it just totally falls flat, coming across as a poorly written attempt to deliver a lesson to the audience, but the attempt is ultimately ham-fisted and lands with a thud. It's the weakest film in an admittedly subpar crop of nominees, which means it's likely the frontrunner to win. 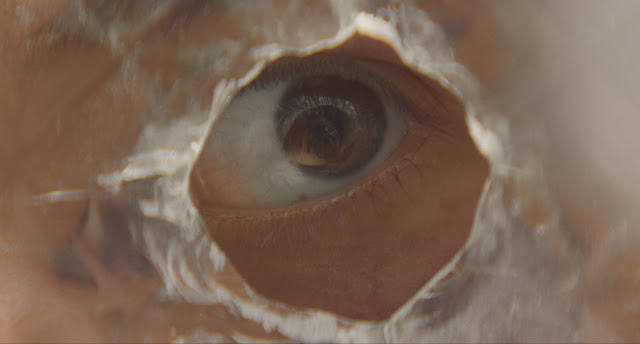 Based on the tragic 2017 fire at the Virgen de La Asuncion Safe Home in Guatemala, in which 41 young women lost their lives after escaping from an orphanage in an attempt to reach America, Bryan Buckley's Saria starts off promisingly but quickly devolves into the kind of self-important "issue movie of the week" territory that are often so prevalent in this category. It also feels like a much longer filmed that's been cut down and crammed into a 23 minute running time, with large leaps in time where it feels like we're missing key information and character development. The tragic ending appears out of nowhere in a way that's clearly designed to shock but all it really does is feel like a dramatic cheat meant to manipulate the audience with a real life tragedy. Quite frankly, this story deserves a feature film, and while its clearly trying to draw attention to the dangers faced by migrants coming to America, it feels dramatically dishonest, as if its Cliffs Notes version of the story needs more time to really establish itself and its characters. 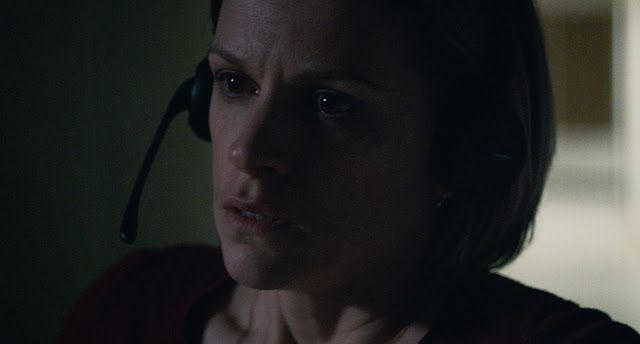 A woman frantically calls emergency services to report that she has been kidnapped, but must speak in code as if she is speaking to her sister in order to convey information to the operator on the other side of the line. There's a bit of a Hitchcockian vibe to Delphine Girard's A Sister in the way that it at first withholds information from the audience, and then from key characters in the film, creating suspense out of keeping that information from its antagonist. Yet Girard doesn't quite stick the landing, never really using that inherent suspense to build or release the tension in a satisfying way. It's a strong concept with solid execution, but when the denouement finally comes, it doesn't feel like the catharsis experienced by the emergency operator, leaving the plot resolved but the audience unsatisfied.