One thing I love about the short film categories at the Oscars is that they’re consistently the most diverse and international group of nominees, and the animated category is almost always the most adventurous and least traditional. It’s a shame more people aren’t able to see them, but thanks to Shorts TV, the films are now showcased yearly in theaters nationwide. This year’s crop of nominees is almost uniformly strong, each offering some of the most unique filmmaking you’re likely to see amongst this year’s crop of Academy Award nominees. 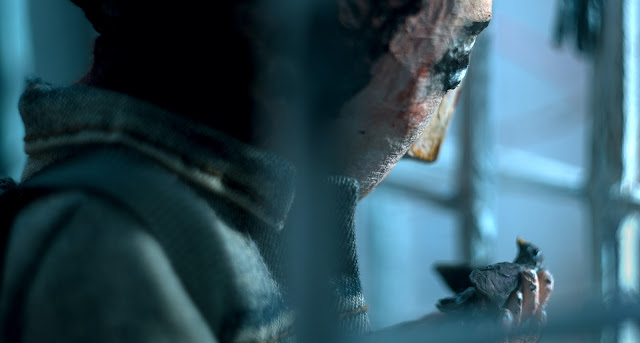 Perhaps the most opaque and inscrutable of this year's Oscar nominees for Best Animated Short, Daria Kashcheeva's Dcera (Daughter) is a mostly abstract tale of a father and daughter sifting through past trauma. Completely wordless, Dcera tells its story in a completely visual way, evoking old wounds through dream-like metaphor. Yet as lovely as its unique animation style is, it's incredibly difficult to settle into over the course of its 15 minutes. It's the longest of the five nominees and yet somehow feels the most incomplete. There are certainly interesting ideas here, and Kashcheeva has an impressive visual eye, but it consistently holds the audience at arm’s length, fully committing to its psychological metaphors in ways that seem more academic than emotionally grounded. 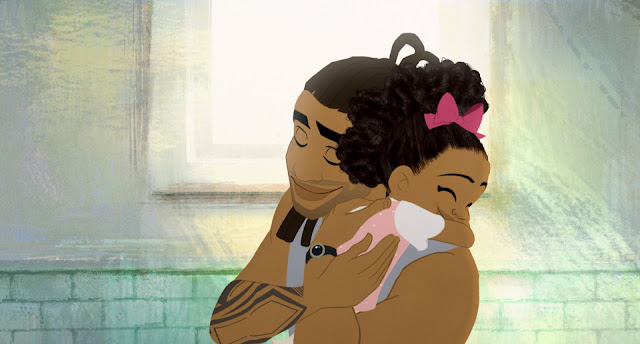 A father struggles to give his young daughter the hair style she craves in Matthew A. Cherry's Hair Love, a deeply moving celebration of black hair that bucks societal beauty standards and urges young black girls to embrace the unique abilities of their hair. This thing packs a powerful emotional wallop, but it also addresses issues of "good hair" that have long been important to the black communities in ways that are universally understandable, as if it's a message for every black girl who's ever suffered the indignity of a white person asking "can I touch your hair?" or felt the need to conform to society's default beauty standard of straight hair. “Hair Love” is a small-scale wonder and the strongest of the five films. 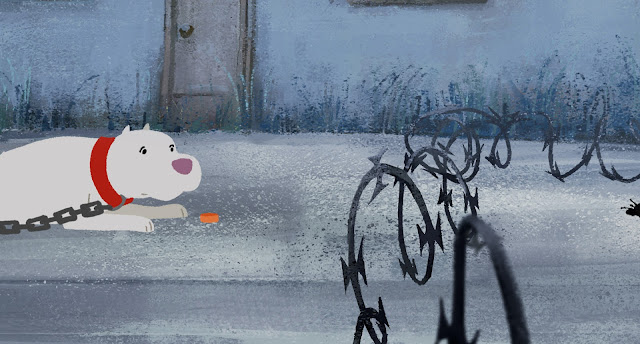 A stray cat befriends an abused junkyard dog in this charming short film from Pixar's new animation project. Displays a keen understanding of animal behavior and features so many charming character details that it's hard not to get swept up in its simple tale of animal friendship. What's so wonderful about Kitbull is that it never feels cloying or saccharine, it earns its tears through honest depiction of animal behavior, wordlessly creating something that's charming and deeply felt that earns every tear honestly. Look for it on Disney+ soon. 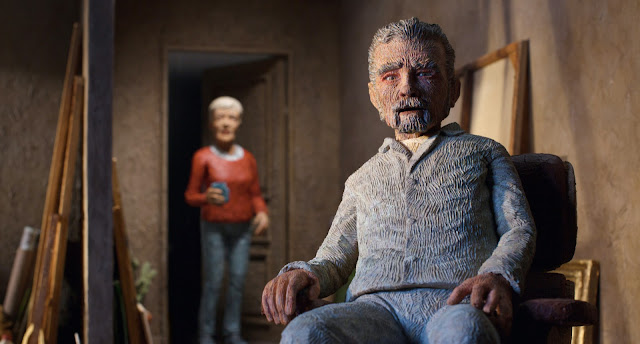 Bruno Collet's Mémorable evokes the fading memories of an old man on the cusp of dementia. Told through lovingly crafted claymation, the film follows the mental degradation of a once vibrant artist as he faces a world he no longer recognizes and the strain it puts on his strong but increasingly frustrated wife. Objects fade, distort, and often disappear before his eyes, suggesting the unsettling lack of recognition of once familiar objects and the slow disintegration of his memories dissolving into nothingness. It's heavy stuff but strikingly rendered, and the final scene, in which the man asks his wife to dance, thinking she is a woman he has never met, is a moment of truly heartbreaking beauty. 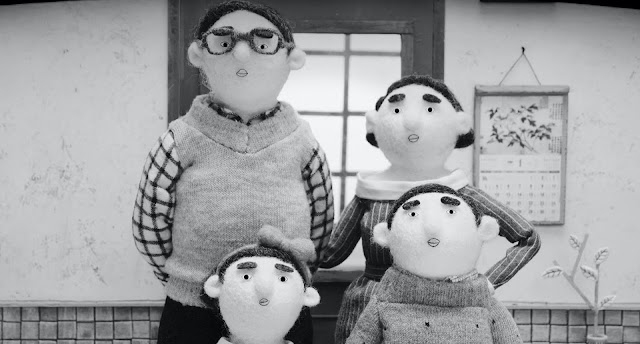 A young boy imagines a life with a sister who never was in Siqi Song's heart-wrenching look at the personal toll taken on families by China's One Child policy. The stop-motion felt animation is consistently lovely, and while its midway reveal isn't quite able to pack the punch it feels like it should in its brief eight-minute running time, there's something haunted and filled with regret that's hard to shake, as it imagines a world that might have been had the policy not been in place. It's a small-scale elegy for the love and memories lost under the policy that feels at once raw and beautifully crafted.