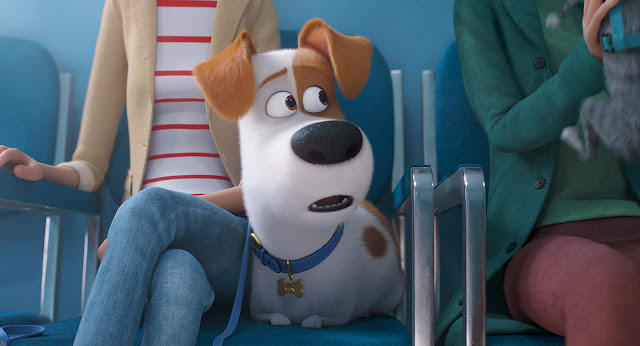 About two thirds of the way through The Secret Life of Pets 2, I began to wonder why this film was giving me such a headache. The "camera" seemed unsettled, in constant motion, the editing rushing from one shot to the next. I began to time the shots, and it soon became clear that film had very few shots that lasted more than 3 seconds. We barely have time to register what we're seeing before it leaps to the next shot. It's maddening, it's painful, it's downright ugly. 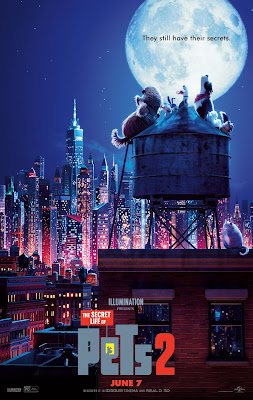 At the risk of sounding like the proverbial old man yelling at the cloud, I began to think that it's no wonder younger audiences are so averse to older films when they’re being conditioned into strobe-light filmmaking from an early age. Anything less seems slow and boring if that’s all you know. Of course, quick cuts don't necessarily make for a bad film. The Soviets began using rapid-fire editing back in the 1920s to help create rhythm and mood, to get to the heart of the emotions of the moment. But The Secret Life of Pets 2 is not Battleship Potemkin, and Illumination stalwart Chris Renaud (Despicable Me, The Lorax) is not Sergei Eisenstein. The editing here is distracting rather than immersive, a trick used to appeal to short attention spans rather than to create a visceral audience reaction.

It doesn't help that the story of The Secret Life of Pets 2 is as all-over-the-place as its editing. The film picks up from its charming predecessor with dogs Max (Patton Oswalt, stepping in for a disgraced Louis C.K.) and Duke (Eric Stonestreet) enjoying their newfound life together with their owners. Things changer, however, with the intdurctlon of a baby named Liam who completely changes the dynamics of their little family. Had the film stuck with this it might have retained some of its predecessor's "Toy Story but with dogs" appeal. Instead, it sends Max, Duke, and family off on a vacation in the country and nearly forgets about them entirely. The focus then shifts  to psycho rabbit Snowball (Kevin Hart), who now fancies himself a superhero, and is commissioned by a new dog named Daisy (Tiffany Haddish) to come rescue a circus tiger being abused by by an evil Russian ringmaster named Sergei (Nick Kroll).

It's an odd diversion, one that keeps the lead characters out of the narrative for much of the film as they learn about country living from a wise old farm dog named Rooster (Harrison Ford). It likewise forgets about little Liam and his relationship with Max and Duke, but that doesn't stop the film from trying to milk a sentimental ending out of it that might have worked had the development of their relationship been given any attention at all. It's a huge swing and a miss for Illumination, whose messy stories, sardonic dated-before-it-even-comes-out humor, and near-uniform style have made their films nearly indistinguishable from one another. The Secret Life of Pets skated by on an amusing premise that its sequel all but abandons in favor of a frenetically edited, scattershot story that's more likely to leave audiences with whiplash than in stitches.