By the late 1980s, Iranian filmmaker Abbas Kiarostami had not yet reached the level of international arthouse fame he would achieve in the 1990s with films like Close-Up (1990) and A Taste of Cherry (1997). While working as the head of Iran's Center for the Intellectual Development of Children and Young Adults, he accepted an offer to direct a film based on his own screenplay that would become Where is the Friend's House? (1987), an unassuming drama about a young boy who sets out to return his friend's homework notebook after the friend is humiliated in front of the class by their teacher after he left his notebook at home and threatened with expulsion if it should ever happen again. 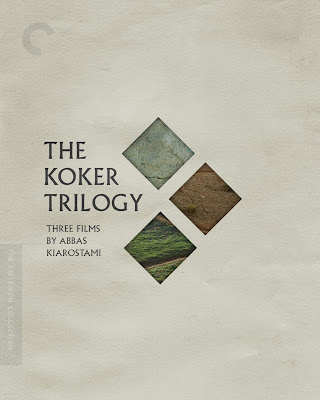 There's only one problem - young Ahmad (Babek Ahmadpour) has no idea where his friend Mohammad (Ahmed Ahmadpour) lives. He sets off from his hometown of Koker to the neighboring village of Poshteh to track down Mohammad, along the way meeting a series of unhelpful and uninterested adults, culminating with an encounter with a lonely old man who becomes Ahmad's guide into an unexpectedly magical world, a beautiful and mysterious maze on the road of life. It was this film that truly heralded the arrival of Kiarostami as a major figure in world cinema, perhaps one of the greatest films about childhood ever made. Kiarostami captures such a sense of innocence and pure love for one's friends, a love consistently unappreciated by the adults around them. Every adult Ahmad encounters seems wholly unsympathetic to his act of selflessness, determined instead to instill a kind of blind obedience to "build character" that he clearly already has. Their attempts to mold him into adults like themselves is barely disguised abuse, because the cycle they seek to perpetuate is to create more self-centered adults who'd rather mind their own business than help those around them.

Its final image is one of such profound beauty that it rivals the iconic freeze-frame ending of Truffaut's The 400 Blows, perfectly capturing the sublime, gossamer belief in basic human kindness inherent in childhood, here fully realized despite all attempts by jaded adults to snuff it out, breaking a cycle of cynicism and selfishness the oblivious adults seem determined to save in older to uphold a bleak status quo.


Kiarostami would become a major filmmaker before returning to this world in 1992's And Life Goes On (aka Life, and Nothing More). The filmmaker often resisted the moniker of "The Koker Trilogy," a title bestowed on this triptych by critics, but all three are inherently and unavoidably connected - completely able to stand on their own yet so much richer as a whole. Rather than directly follow up Where is the Friend's House?, Kiarostami based And Life Goes On on his experiences directly following the 1990 Gilan earthquake that claimed the lives of nearly 50,000 Iranians. The film centers around a filmmaker and his son traveling to a devastated Koker to check on the welfare of the young actors from Where is the Friend's House? in a kind of blending of documentary and fiction that Kiarostami does so well, leaving one to wonder where one ends and the other begins.

The script is reportedly based on interactions Kiarostami had with his on the road to Koker, and yet the film is anything but heavy or tragic. It's a kind of testament to the resilience of the Iranian people, who all seem to be carrying on with life as normal, the earthquake's devastation simply another obstacle to overcome in everyday life. While not a sequel to Where is the Friend's House?, And Life Goes On returns to one of that film's key visual motifs - a zigzag hill leading from Koker to Poshteh that Ahmad must continually cross in order to achieve his goal of finding his friend. This hill comes to represent a kind of Sisyphean task of human existence that the films' characters must overcome nevertheless. There's a kind of playfulness here that belies the seriousness of the task at hand, and yet under Kiarostami's masterful eye the film becomes a sort of wry celebration of the Iranian people's determination to keep going under even the most brutal of circumstances. It never answers its central question, leaving the meat of the story in the journey rather than the destination, a sort of discovery of the self and of the nation on the road to Koker. Life continues, even in the face of great adversity. They go on because they must.


The question of Ahmadpour's safety is quickly answered in Kiarostami's 1994 follow-up, Through the Olive Trees, although the revelation is almost an afterthought. Based on his experiences while filming And Life Goes On, Through the Olive Trees once again centers on a filmmaker patterned after Kiarostami (Mohamad Ali Keshavarz). While working on And Life Goes On, the director encounters a major roadblock when one of his actors is unable to perform when paired with an actress he had previously proposed to, only to be rejected because her family disapproved. As his set is disrupted and his filming schedule falls behind, the director is forced to use creative measures to coerce the actors to give him the performance he needs to complete the film.

Kiarostami uses a kind of meta-textual exploration of his own filmmaking process to explore not only the idea of creation itself, but of the gossamer intricacies of human relationships. Each subsequent film in the Koker Trilogy interrogates the film before it. They're not sequels, but they do build upon their thematic content, acknowledging the existence of the previous films while charting their own unique course, allowing Kiarostami to use his own experiences to reflect on the simple beauties of the human comedy. In Through the Olive Trees he takes a love story fraught with tradition turns it into something warm, humane, and wryly funny, a bemused reverie on love and romance in an ever-evolving Iran.

The new box set from the Criterion Collection is one of the most beautiful the company has ever produced, effortlessly intertwining the three films in the package in a way that subtly reflects their thematic connections. It's a lovely way to continue the thematic content over into their presentation, resulting in one of their finest releases of 2019. It's a must-have for fans of Kiarostami, offering a window into his filmmaking roots and a rare glimpse into the lives of the Iranian people.