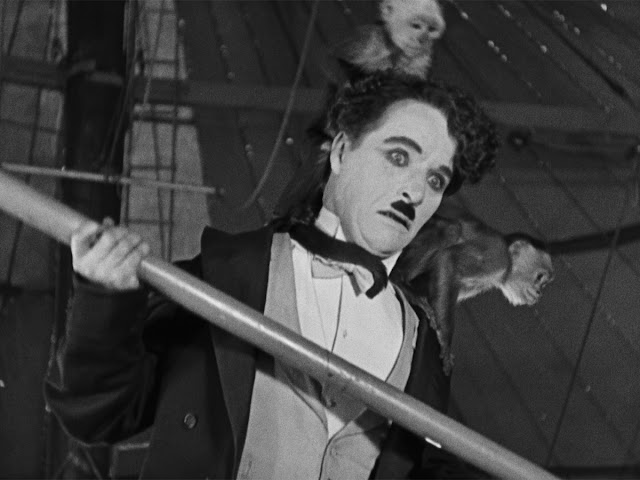 Charlie Chaplin's The Circus (1928) was the last film the legendary filmmaker made during the silent era, although it would be well into the sound era before he would abandon silence altogether. The production was famously fraught with difficulties, with Chaplin being forced to reshoot much of the film due to a processing error, and a series of personal setbacks that left Chaplin noticeably tired and gaunt. 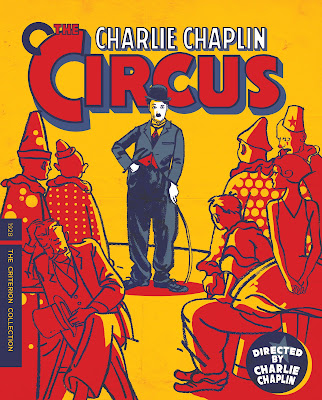 Yet it is a testament to Chaplin's consummate talent and creative genius that The Circus not only exists, but is a great film. Chaplin had long desired to make a film about the circus as a way of honoring the clowns and acrobats who inspired his onscreen persona. The resulting film, about a tramp who ends up as the unwitting star of a circus after being mistaken for a pickpocket, is one of Chaplin's most personal works, a wistful and ultimately bittersweet ode to circus performers that also reveals some of Chaplin's own insecurities as an artist. Here, his Tramp becomes an unwitting star, an affable nobody who stumbles into stardom. He doesn't even know he's funny - and as such gets employed a  stagehand because the ringmaster knows he'll mess up something in glorious fashion, much to the delight of the audience. Once he realizes that the crowds are flocking to see him, he has to fight to be given the credit he deserves. Even then, he is alone, and the film ends with him watching the woman he loves go off with the more handsome acrobat, while he shuffles off into the sunset alone, yet strangely fulfilled.

In fact the final shot of The Circus is almost the exact mirror of the iconic final image of his next film, City Lights (1931), which ends on a more upbeat note. It's a deeply funny film, and the climactic tightrope walk featuring a troop full of monkeys is one of Chaplin's most impressive set pieces. But there's something undeniably sad about the whole affair. The Circus came at a time of transition not only for Chaplin, but for cinema as whole, as the silent comedian faced a landscape shifting to sound and potentially leaving his ilk in the dust. As it turned out, Chaplin was one of the few silent comedians to survive the transition to sound, enjoying some of his greatest silent successes well into the sound era. But one can imagine The Circus as a film about an existential crisis - a work of deep soul searching by a performer grappling with the deep-seated insecurity of "am I funny?"

The answer is "of course," and that is why audiences are still watching Chaplin's films today. The Circus is the last of Chaplin's silent comedies to receive the Blu-Ray treatment from Criterion, following The Kid, The Gold Rush, City Lights, and Modern Times, and while it may not be as famous as some of those masterworks, it remains a fascinating window into who Chaplin was an artist - representing some of his greatest innovation and his most personal artistic predilections. Criterion's Blu-Ray presentation is typically excellent, featuring in-depth explorations of the film's visual effects and interviews with Chaplin himself from the film's 1969 re-release, by then mostly a recluse. It's an interview tinged with sadness and regret, much like the film itself, a sad clown masterwork that masks its tears with a smile.