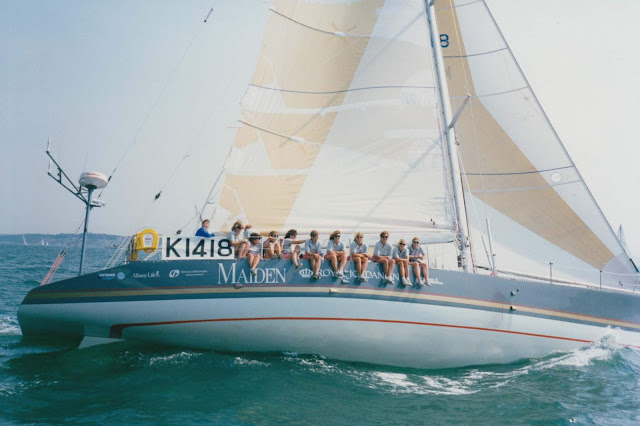 In 1989, 24-year-old Tracy Edwards set out on a boat called the Maiden to become the first all-woman crew to sail around the world in the Whitbread Round the World Race. While she was met with much resistance and skepticism, the Maiden not only went on to finish the race against seemingly all odds, but to out-perform the expectations of everyone, including its crew. 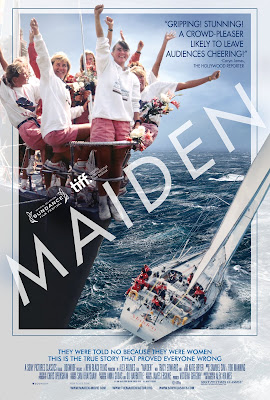 On the surface, Alex Holmes' Maiden may seem like your prototypical "overcoming adversity" sports documentary, but in Holmes' capable hands it manages to probe more deeply beneath the surface and achieve something more emotionally satisfying. It is a film as much about the triumph of the human spirit as it is about political awakening. Edwards starts out the journey refusing to call herself a feminist, but by journey's end she has come to realize the very intentional roadblocks that have been put in her place simply because she and her crew are women. Sponsors refuse to be associated with them, male racers don't respect them, and reporters are more interested in asking them about who's fighting with who and how they put on makeup on the boat than about their strategies and techniques, questions that are usually reserved for the men.

For those unfamiliar with the story, Maiden is a white-knuckle ride, keeping its audience on the edge of their seats right up through the finish line. Those who already know the outcome may have a different experience with it, but ultimately Holmes seems less concerned with whether or not they won than he is with what they ultimately achieved. The crew of the Maiden not only proved that women were just as capable as men in the sport of sailing, their story captured the imaginations of the entire world, inspiring millions with their remarkable perseverance. Not even expected to finish the first leg of the race, the crew of the Maiden defied expectations and became one of the great underdog stories in sports history.

It's an inspiring tale, to be sure. But without its strong emotional core it would likely be just another sports documentary. The recollections of these women lend it a deeply personal feel, opening up about the hardships and the vindication that their achievement represented. This is not just another “talking head” retrospective, it puts us right on the boat with the crew, allowing us to share in their triumphs and their pain, creating a warts-and-all look at the race from their unique point of view.

In the end, however, victory is beside the point. Like Rocky, sometimes just finishing the race is an achievement unto itself. Yet what the crew of the Maiden did was prove to themselves and to the world that women would not and could not be ignored, and Holmes gives their story a lovely tribute in this rousing and heartwarming documentary.