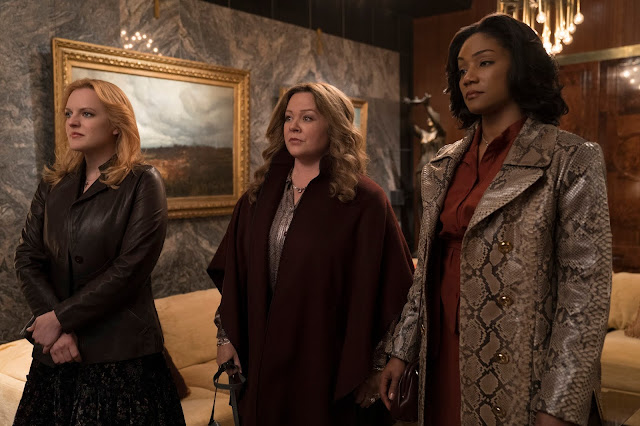 The Kitchen, Andrea Berloff's directorial debut, a comic book adaptation about three women who take over the Irish mob in Hells Kitchen after their husbands are sent to jail, is a bit of a mess. 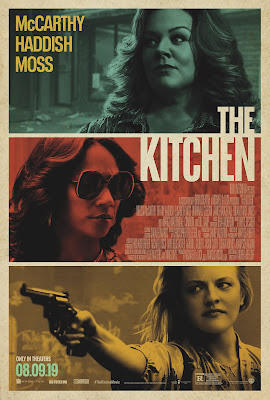 Its sense of pacing is all over the place, its script is sometimes painfully on the nose, and its third-act twist is quickly swept under the rug and has little impact on the plot. And yet there's something about this scrappy little film that entertains in spite of its shortcomings. Perhaps its the standout performances of its leads, especially funny-women Melissa McCarthy and Tiffany Haddish turning in strong dramatic work. Perhaps its the evocative milieu of 1970s New York. Or perhaps it's the unapologetic sense of "give no fucks" feminism that boldly announces itself and doesn't need to bend over backwards to be liked.

The Kitchen is about three women, all essentially victims of the same patriarchal system, reclaiming their agency and taking over the family business to make it run better than ever, naysayers be damned. Kathy (Melissa McCarthy) believes that her husband is a good family man and will support her once he gets out of jail. Ruby (Tiffany Haddish) is sick of taking orders from her husband (James Badge Dale) and is ready to escape from under the oppressive thumb of family matriarch, Helen (Margo Martindale). And Claire (Elisabeth Moss) is a battered housewife looking to put victimhood behind her with hitman, Gabriel (Domhnall Gleeson). Their ascendence rubs some in the mob the wrong way, however, who become determined to put a stop to their rise at all costs.

While the screenplay has a tendency to underline its "you go girl" sentiments a little too obviously, its hard not to enjoy watching these three women knock a bunch of hard-bitten New York mobsters down a peg or two. It's not as elegantly crafted as the similarly themed Widows, but it's got spirit and guts, and that takes it a long way, even when its plotting becomes sloppy. One can't help but hope that the film's failure at the box office and its overall lack of critical favor doesn't spell doom for Berloff's fledgling career, which is unfortunately too often the case even for women who are successful at the box office. There's just an agreeable verve to her direction, even if she has a tendency to paint with much too broad a brush, overstating her themes even when the action often speaks for itself.