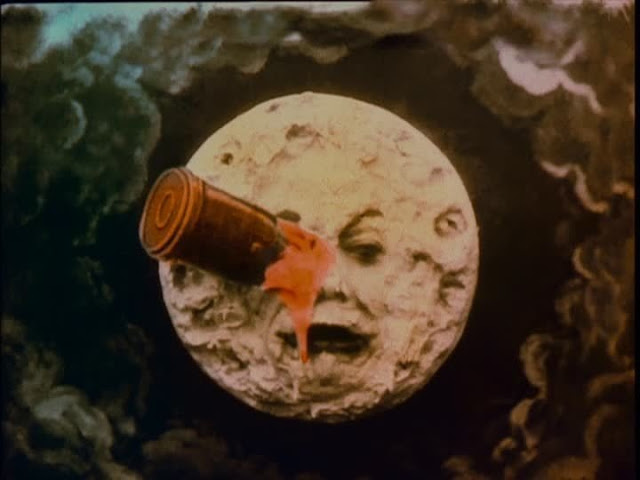 The idea of "movie magic" has been around for so long that most of us can't remember a time before it existed. And yet there was once a time when movies simply observed every day life. When the Lumière Brothers screened La Sortie de l'usine Lumière à Lyon for the first time in 1895, it started a cultural revolution, giving birth to an art form that would dominate the 20th century.

One of the people watching the Lumière's films was Georges Méliès, a Parisian illusionist who immediately recognized the potential of this new medium. His films were originally an extension of his magic act, but after a camera malfunction stopped him in the middle of filming, and picked up again a few minutes later, he saw how the unintentional cut seemed to make the subjects disappear from the frame. Special effects were born, and Méliès became the godfather of movie magic. 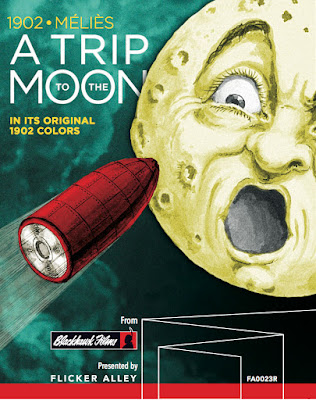 Méliès built the first movie studio in his back yard, predating even Thomas Edison's legendary "Black Maria," crafting cinematic dreams from the comfort of his own home. Méliès was first and foremost an illusionist, and he brought that aesthetic to his films, revelling in the inherent magic of the medium, taking audiences to places they had never been, and showing them wonders he could never have created on the stage.

Perhaps his most famous film is 1902's A Trip to the Moon (Le Voyage Dans La Lune), a 15 minute sci-fi fantasy about a group of astronomers who launch themselves to the moon, where they encounter an insectoid race that tries to hold them captive. By 2018 standards it's charmingly quaint, but it's also cinema magic in its purest form. All its tricks were done in-camera, and Méliès made the most of the tools that he had. People appear and disappear in puffs of smoke. An umbrella planted in the ground sprouts into a mushroom. And the spacecraft crash lands into the eye of the Man in the Moon. It's a dazzling display of early cinema's most advanced technology, yet what makes it so endearing even today is its almost naive earnestness. Méliès wanted to wow his audiences, to show them something they had never seen before. He was a magician to the end, and A Trip to the Moon is not only one of the earliest special effects films, it's also one of the earliest narrative films, moving cinema away from the documentary-like "actualités" into a new medium for storytelling. 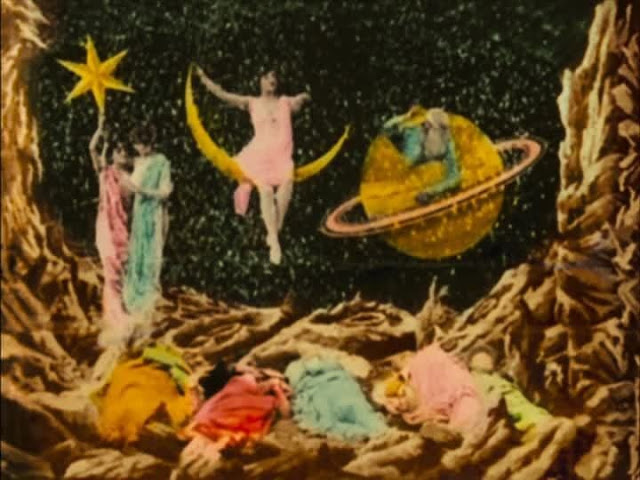 The film was released in both black and white and color versions, with a hand-painted print long thought lost to time. It was rediscovered in poor condition in 1993, and has only recently been restored with the latest 21st century technology. The result is something truly extraordinary, a look not only into early color processes, but into Méliès' original vision. The vibrant colors accentuate the depth and detail of his sets, bringing them to life in newfound glory. Méliès' framing was always chaotic, even though the convention of the time was to film the action with a static camera pointed at a stage, the actors were seemingly given no solid blocking, resulting in a disorganized mise-en-scene. And yet it's part of the unpolished charm of Méliès' magic; and the beautifully handcrafted color, painstakingly done frame by frame, illuminates the unkempt glory of the man's seemingly boundless imagination. You can feel his enthusiasm radiating from the screen, like a child who has discovered a new favorite toy.

That childlike wonder at the power of cinema is what makes A Trip to the Moon, and indeed all of Méliès' work, so very special. He opened up the magic of the movies, and invited us in to share in his dreams. Every cinematic storyteller since owes him a great debt of gratitude, and now thanks to the new Blu-Ray from Flicker Alley, his masterpiece looks better than ever. The colors seem to pop right off the screen, the fantastical images every bit as luminous and dynamic as they were in Martin Scorsese's Hugo. The disc also includes two other moon-related Méliès shorts - The Astronomer's Dream (1898) and The Eclipse: Courtship of the Sun and Moon (1907).  Neither stands up to the wonder of A Trip to the Moon, but both are fascinating in their own right. The Astronomer's Dream showcases some of Méliès' early visual effect experiments, while The Eclipse tells the strangely kinky story of the sun hooking up with the moon. Also included is the insightful 2011 documentary, The Extraordinary Voyage, which chronicles the life of Méliès and the making of A Trip to the Moon. It's a must-have for any true lover of cinema, a groundbreaking work of cinema magic in its purest form, one that still has the power to take our imaginations on a journey as only the movies can.