When I was around 13 or 14 years old, my parents got me a subscription to Entertainment Weekly. I was already interested in movies, but EW gave me a window into the world of film I had never had before, especially through the writing of critics Lisa Schwarzbaum and Owen Gleiberman. 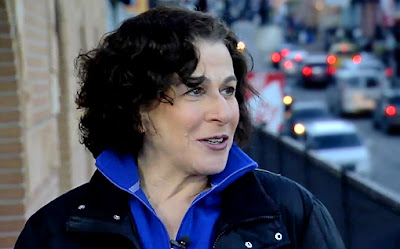 Their writing allowed me to discover films I would have never heard of otherwise, and being a young teen in the early 2000s the internet was not as big a part of my life as it is today. Their writing broadened my horizons, especially Schwarzbaum's, who I quickly realized more closely shared my tastes. I found myself nodding in agreement to her reviews as often as I found myself shaking my fist at Gleiberman's. It was Schwartzbaum who encouraged me to check out the lovely Israeli indie, Late Marriage (for which I am forever grateful), and whose praises for films like The Royal Tenenbaums, Y Tu Mama Tambien, Talk to Her, Spirited Away, Lost in Translation, Mystic River, Adaptation, The Fast Runner and About Schmidt, as well as the Romanian cinema that I have come to love so dearly, encouraged me to look beyond the films that were playing at my local multiplex.

It was through Entertainment Weekly that I first heard of Gosford Park, the film I usually credit as the one that began my love affair with film. And while I can mostly thank Robert Altman for that,  I can never discount  the influence Schwarzbaum's writing had on this aspiring young film critic.

Today Schwarzbaum penned her farewell letter as she plans to retire from Entertainment Weekly. I haven't had a subscription to Entertainment Weekly in years, having moved on to publications like Film Comment, and trusted online sources for thoughts on the current cinema, I have to thank Lisa Schwarzbaum for the inspiration that she has been in my life. Her voice will be sorely missed in the world of film criticism, and I am forever thankful to her for helping shape me into the critic that I am today.
Email Post