National Board of Review Honors "Hugo"

Martin Scorsese's Hugo took home awards for Best Picture and Best Director as the National Board of Review announced their annual kudos today.  I'm a huge supporter of Scorsese's magical film (my review), so seeing it get this kind of love is thrilling. I'm also happy to see Clint Eastwood's J. Edgar get some attention, a film I have championed despite mixed reviews. The Tree of Life and Drive, two of my other favorites of the year, were also among the top ten. And it's always nice to see Harry Potter recognized, although the idea of it gaining any traction in this year's awards race seems more like wishful thinking than anything else. 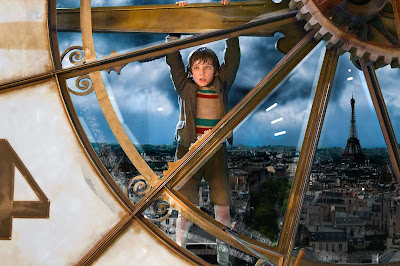 Top Films (in alphabetical order)
The Artist
The Descendants
Drive
The Girl with the Dragon Tattoo
Harry Potter and the Deathly Hallows Part 2
The Ides of March
J. Edgar
The Tree of Life
War Horse