I will be heading down to Charlotte in the morning for an 11 AM press screening of Stephen Daldry's Extremely Loud and Incredibly Close (Warner, 12.25), which remains the last unseen presumed Oscar contender and therefore the unknown variable in the race. 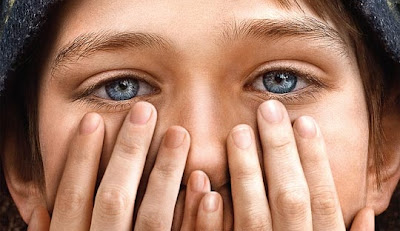 I won't be able to post any kind of thoughts or impressions until opening week, but sight unseen I still think we're looking at one of the biggest players of the Oscar season. Daldry has made three films and has been nominated for Best Director for all three, and only missed out on a Best Picture for his first film, Billy Elliot (his last film, The Reader, was a notoriously surprise Best Pic nominee in 2008).  Daldry should never be counted out of the race. And while Extremely Loud looks to be a bit more populist than his other films, it stands to reason that the Academy may fall harder for this one just for that very reason.

Tomorrow morning all will be revealed and I will see if my suspicions were correct. With media types all over the country seeing the film this week I'm sure some kind of early buzz will start to leak out. But after the New Yorker/Girl with the Dragon Tattoo fiasco, don't look for any embargo busters this time around.
Email Post