The folks at Anchor Bay sent over an advanced copy of the Apollo 18 blu-ray today along with a packet of freeze dried ice cream. 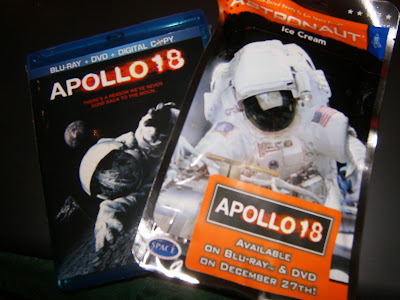 Apollo 18 remains my worst film of the year, but I thought the freeze dried ice cream was a pretty neat (if a bit odd) promotional item.