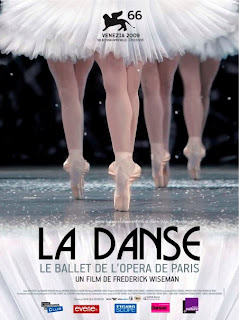 Watching Frederick Wiseman's La danse - Le ballet de l'Opéra de Paris is a breathtaking experience, especially for anyone who has ever been interested in any kind of dance or theatre. It is an unprecedented, expansive tour behind the scenes of the Paris Opera Ballet, the takes us through the rehearsals, to the performances, to the business behind the art, even to the guys who clean the theater after each performance. La Danse really leaves no stone unturned. This is a massive, sprawling, comprehensive look at all the aspects that go into creating the beauty that is the Paris Opera Ballet.

Wiseman eschews typical documentary conventions, dispensing with the narration, interviews, talking heads, and other such trappings associated with the genre, opting instead for a roving look through the halls of the Ballet, unaided by any cinematic guide. He lets the world and its denizens speak for themselves, sitting in on rehearsals and business meetings, until we slowly begin to get to know some of the major behind the scenes players. 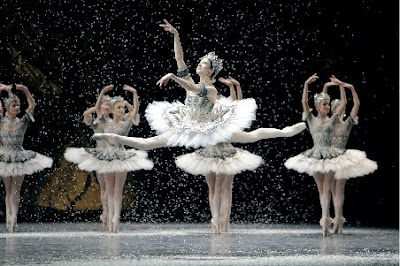 It's an extremely intimate tour, giving the audience the feeling of being a part of the proceedings, as if we somehow have some kind of control over the proceedings. It is the view of the ultimate insider, and we get to be a fly on the wall.

The real stars, of course, are the dancers themselves, and the ballet sequences are strikingly beautiful. Wiseman's camera captures the dances up close and personal, showcasing their talent in all its glory - the grace of their movements, the precision of their isolations, is simply jaw-dropping. La Danse is poetry in motion, and Wiseman is the master poet. 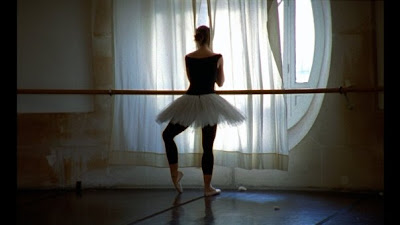 This kind of free flowing documentary isn't easy to achieve. But Wiseman guides it with an expert hand. Even at two hours and forty minutes, La Danse feels nimble and light, never overstaying its welcome in any aspect of the Ballet's inner workings. I was reminded, in some ways, of Michael Powell and Emeric Pressburger's The Red Shoes, and I can't help but feel that if that film had been a documentary it would look and feel something like this. This, like The Red Shoes, can't help but be an inspiration for a generation of new dancers. For anyone who has ever dreamed of dancing, for those who long for the stage, the spotlight, and the adoring cheer of the crowds, La Danse is a paen to their hard work and sacrifice, and a monument for their dreams.

Neither idolizing or idealistic, La Danse is a remarkable look at the modern state of dance, the inner conflicts, the changing times, and the haunting beauty that springs forth from it all.