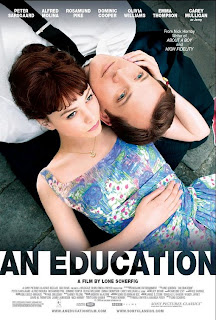 Lone Scherfig's Sundance hit, An Education, is a respectable film in every way. It's smartly written, fantastically acted (especially by lead Carey Mulligan) , and handsomely mounted. It's the kind of immaculately constructed period drama that Oscar voters tend to fawn over, or at least they did at one time. But despite its obvious pedigree and its fine construction, An Education failed, for the most part, to bowl me over the way I felt it should.

Not to make this a personal review, but on the whole, An Education just feels a bit...underwhelming. Sure all the ingredients are there, it's perfectly adequate in every way, but it never asserts itself beyond that. It's a nice story with a nice message, and...well, it's just a nice movie. But nice does not great art make, and An Education never quite takes it to the next level.

The performances, on the other hand, do. All the hype is around Carey Mulligan, and rightfully so. Her turn as Jenny, a middle class girl in 1960s England living in a home that values education above all, is a star-making performance. She makes the film, and while she is surrounded by a capable supporting cast, with Peter Sarsgaard, Alfred Molina, Emma Thompson, Olivia Williams, and Cara Seymour all doing solid work, Mulligan walks away with the film in her pocket. 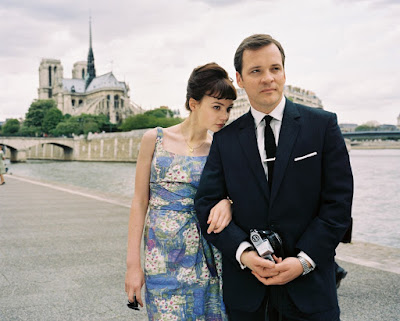 Jenny is nearing the end of her high school career. And like many other girls her age, is beginning to look at her options for university. Her father (Molina), a strict disciplinarian and believer in education above all else, wants her to attend Oxford, and Jenny has every intention of obliging. That is until she meets David (Sarsgaard), an older, wealthy playboy who begins to show her the ways of the world. Using his charm to sweet talk her normally strict parents, David squires her off to Paris and other exotic locales, and slowly the prospect of a college education begins to pale in comparison to the lure of high society on David's arm. But something isn't quite right about all this. And while Jenny begins to reject the dreams and values she once held dear, it soon becomes clear that David may just be too good to be true.

Scherfig sets up the central conflict as a slow boil, letting the audience get attached to David much the same way that Jenny and her parents do. But savvy audiences will catch on pretty quick, and one can't help but wonder how these otherwise strict parents fail to do so as well. The one person that seems to know what is going on is Miss Stubbs (Williams), Jenny's devoted teacher, and to some degree, the school's severe headmistress (Thompson). Miss Stubbs is the film's saintly hero, and it's a hard pill to swallow that the conservative headmistress turned out to be right. 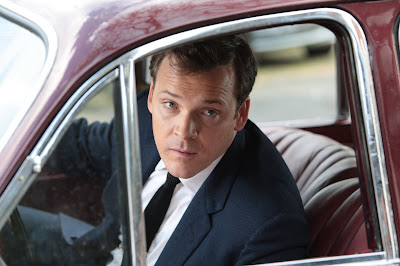 It is for that exact reason that An Education feels a bit confused. It's title has a double meaning, of course, referring not just to an actual academic eduction, but to Jenny's education in the ways of the world. And it isn't always pretty. Her first foray outside the confines of her protective home is disastrous to say the least. But Scherfig paints that foray as glamorous and almost enviable, with Jenny arguing passionately (and pretty convincingly) against the societal mores that the film ends up supporting in the end. The values of being educated over flitting around and being dumb is obviously a good thing, but the film treats it as an either/or situation, when in reality it isn't that black and white. Jenny is obviously very bright and intelligent, and the film almost suggests that she would end up being just as airheaded as David's friend, Helen (Rosamund Pike), which is not really the case.

I never really felt that An Education lived up to its potential. It treats the issues it raises as black and white rather than really exploring them in a satisfying way. Otherwise it's a solid film, competently put together and reasonably entertaining. It just never takes any risks or takes that next step into being something more.