The Fall of the American Empire

Having just gotten a look at Chris Smith's Collapse, I find myself torn. On the one hand, it is a thought-provoking, even frightening exploration of one man's doomsday prophecies, tracing the collapse of the global economy (which he predicted), which he claims will eventually lead to the collapse of civilization as we know it. 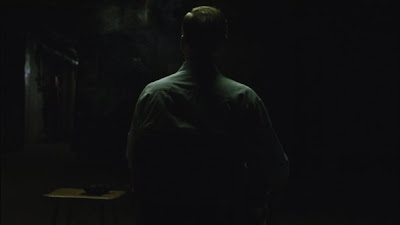 On the other hand I can't help but wonder, "who is this guy?"

In its own way, Collapse resembles Errol Morris' The Fog of War, in how it steps back and allows its subject, Michael Ruppert just to talk and explain the roots of our current economic crisis. As a document of one man's ideas, it is an excellent film.

But I wanted more from it. I wanted to know why I should believe him. Smith obviously sympathizes with Ruppert's ideas, but with only his voice saying these things, one can't help but question their credibility. His credentials to be saying what he's saying are almost non-existant. He's basically just a guy who pays close attention to things. Which is great, but I think the film would have carried more weight if it had more fully explored what he was saying, rather than taking it at face value.

Thoughts? Comments? Anyone else seen the film and feel differently? It's definitely an interesting conversation piece, and I would like to hear some feedback.
Email Post