Why "Changeling," Why Now? 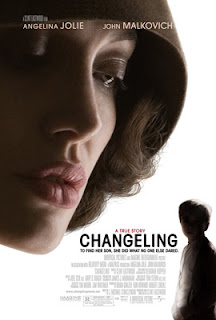 While watching the Reel Geezer's review of Clint Eastwood's Changeling, a theory about the film' social significance crossed my mind that I had not thought of before.

Of course, I just saw the film for the first time last night, and while my official review won't be published until this coming Thursday, I've had more time to mull over the film's social significance for a more in-depth analysis than I was afforded in my review.

As per my agreement with Universal Pictures, I will not go into details on how I actually felt about the film's quality, and will instead examine the film's themes in greater, more analytic detail than I could in a print review.

As I watched the Reel Geezers review, something clicked in my head at the mention of the LAPD's refusal to admit they made a mistake, which of course leads to a massive cover-up and the scapegoating of Christine Collins. So I had to wonder, why did Clint Eastwood decide to make Changeling, and why now?

The film is, of course, based on a true story, and it has long been known that Eastwood is a Republican of the Libertarian stripe, but one can't help but wonder about the modern day parallels about a government organization who refuses to admit their mistakes, to the detriment of the citizens under protection. It may be old-hat to see critiques of the Bush administration under every rock and behind every tree, but I can't help but feel that the Libertarian in Eastwood would be disgusted by our current government's lack of accountability, and its stubborn insistence that it is right despite overwhelming evidence to the contrary. 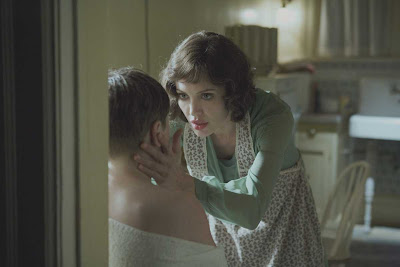 This is the LAPD of Changeling. It makes me wonder how film historians will judge Changeling in the future as a product of its time. It may be steeped in the culture of old Hollywood, but its themes reverberate today. This could very well be totally unintentional, but I have to wonder if I don't see a bit of a knowing twinkle in Eastwood's eye here, especially since the LAPD of today is most definitely not the LAPD of 1928. What purpose could he have of critiquing them?

No, I think Changeling will be viewed very much as a product of its era, arriving in a Bush-fatigued 2008 after eight years of governance by an administration that bears striking resemblance to the LAPD of the 1920s - lawless, corrupt, unwilling to admit they're wrong, and willing to do anything to spin news stories in their favor.

Notice how Christine is spirited away to a mental institution on the whim of a superior officer because she posed a threat to the image of the department - the echoes of Guantanamo are clear even in a factual, 80 year old story.

I say this not as a liberal, but as a careful observer of cinema. Changeling very much looks at a bygone era through a modern, post-9/11 lens, a comparison made even more apparent by hindsight. Could this movie have been made pre-9/11? Of course it could. But it's modern echoes come thundering across the years when viewed through the lens of the Bush Doctrine.

This is very much a film of and about today.
Email Post

Anonymous said…
I am hoping you won't be giving this a very high grade, as the film simply doesn't merit it in my view. It's beautifully-crafted for sure and I loved Eastwood's LETTERS FROM IWO JIMA, (which was one of its year's best films...#2 for me behind THE FOUNTAIN) but this film is all surface and Jolie cries a lot......I am bracing for your response.
5:02 PM