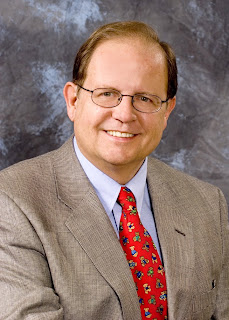 It's time once again to check in with one of my favorite crazy people, Movieguide's Ted Baehr.

Long known for being a partisan hack and poor film critic, Baehr continues to try to pass off his Christian zealotry for legitimate criticism, while handing out four star ratings to films like Beverly Hills Chihuahua while handing two stars to Synechdoche, New York, saying it has "Too Much Hopeless Sentiment, Murky Tedium, Unpleasant Digression, and Pretentious Confusion."

Well it seems the movie gods have a sense of humor, because Baehr just won't go away, getting more extreme and ridiculous all the time.


This time, when reviewing Oliver Stone's W through this jaw-droppingly biased lense (even going so far as to call Oliver Stone evil), he said:

Only an ignorant and hateful liberal and radical leftist, or an ignorant, uninformed American citizen, would believe or like this obviously ridiculous and inane, over-the-top hatchet job! Oliver Stone clearly doesn’t want the United States and its troops to achieve victory in Iraq, and maybe even in the War on Terror.

Okay, as a proud "ignorant, hateful liberal and radical leftist," I have to admit that I liked W with some reservations. But I had to wonder if Baehr even paid attention to the fact that many liberals, such as myself and Jeff Wells, actually came away from the film with a newfound empathy with the much maligned president. 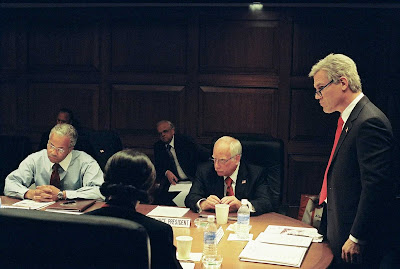 That doesn't mean I like him...quite the contrary. But Stone has achieved an amazing feat in that he made me find a way to see him in a more understanding light. Yes it has its moments of satire, but how could it not? The bottom line is that this is not an attack piece. If Baehr had put down the Kool-Aid and stopped jumping to conclusions in his preconceived, self-fulfilling prophecy of W's anti-Bush slant, then he might have seen that.

But that's not going to happen of course. I was able to take off my ideological glasses and give it a fair shake...why can't he? Sure I laughed at Bush's gaffes and felt a creeping unease at his insistence at having a prayer at every meeting...but that's what film does. It allows us all to form our own conclusions based on our own feelings, but with a little objectivity we can judge the film apart from all that, which is the job of a film critic (or it's supposed to be).

As usual, he totally missed the point. He saw what he wanted to see, and ignores liberal voices who you would think would be more eager to see an anti-Bush polemic, who say "hey, maybe Bush is just doing what he deeply believes is right, even if I disagree. Let's have an intelligent discussion."

Too bad that Baehr obviously isn't interested in having an intelligent conversation any time soon.
Email Post