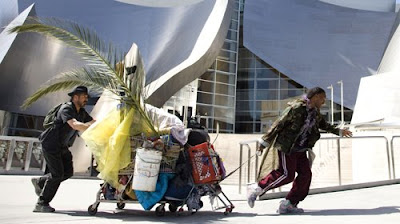 Now that The Soloist has been moved to March, 2009, Paramount has announced that it is withdrawing the film from the AFI Film Festival, where it was scheduled to be the opening night selection.

While not a surprising move given the recent change in release dates, it's yet another knock against the Fall 2008 season as high profile films continue their mass exodus to 2009.
Email Post

Anonymous said…
Yeah, this is admittedly a downer. One must wonder if the perception is that there's aglut of late 2008 releases trying to find theatrical bookings, or whether the studios are unable to sort everything out. Either way, it's disappointing.
11:17 AM