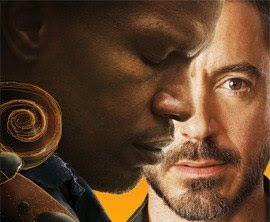 Nikki Fenke is reporting that Paramount has bumped Joe Wright's Oscar hopeful, The Soloist from a planned November 21 release date to March 13, 2009. Ed Zwick's Defiance is apparently also getting the bump from December 12 to an Oscar qualifying run on December 31 (is that even possible?), with a wide run beginning on January 16.

First The Road now this? Granted, it has still not been confirmed that The Road has been bumped back, but if it is this season's Oscar hopefuls are quickly being thinned out.

I'm going to send some emails and talk to some contacts to see if I can get some firm confirmations or denials, and I'll report back later.
Email Post

Maurie said…
What, is this fall a plague for movies?? How many movies that were coming out before the end of the year have now been pushed back to next spring and summer??
10:04 AM