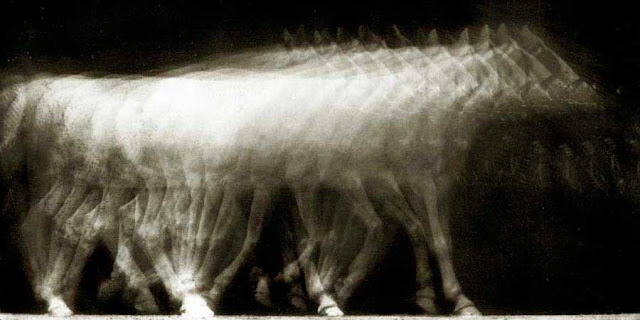 It's interesting that Blake Williams' Letterboxd account lists Godard's Goodbye to Language and Lynch's Inland Empire among his favorite films, because his new experimental film, PROTOTYPE, owes much to their particular aesthetic, both Godard's revolutionary use of 3D and Lynch's nightmarish sound design. 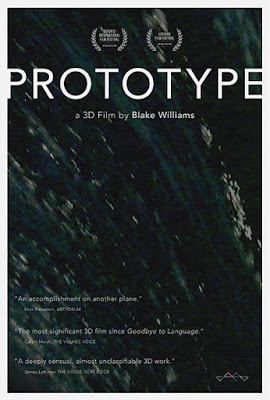 Yet Williams isn't simply emulating his heroes here. PROTOTYPE is almost dadaist in its sense of avant-garde experimentalism, a proud work of surrealist cinema in the tradition of Man Ray (Return to Reason), Germaine Dulac (The Seashell and the Clergyman), Maya Deren (Meshes of the Afternoon), Hollis Frampton (Zorns Lemma), and Stan Brakhage (Window Water Baby Moving). Williams feels like both their successor and their peer, standing proudly among the avant-garde artists of old while boldly forging his own path into a brave new world of cinema.

Of course, dadaists like Ray and Dulac eschewed all explanation of deeper meaning in their work, which in their intentionally obfuscating refusal to adhere to anything resembling storytelling or artistic norms, often ended up being pure cinema rather than anti-cinema, as was their intention. I'm not sure that's what Williams is really going for here, but his stark, often non-sensical imagery seems rooted in that tradition.

Using the devastating Galveston hurricane of 1900 as a jumping-off point, PROTOTYPE creates an alternate world viewed through a series of television screens that envisions its aftermath and legacy. But as Williams takes us into the dark heart of the storm, we soon get the feeling that we aren't watching people through a screen, but that we are the ones being watched instead; the screens offering figures from the past a window into our world rather than the other way around. It's a brilliant, haunting effect, repurposing old footage in ways that feel thrillingly new.

There is no single, clear explanation for PROTOTYPE, nor should there be, It's a mesmerizing, immersive experience unlike anything else. It feels like a journey into another realm of consciousness, exploring the boundaries of the cinematic medium and questioning what's possible, a visual and aural fantasia that feels like a kind of analog nightmare made up of abstract images and roaring sound effects. Williams throws the rulebook out the window and starts from scratch, creating a film that is at once a searing exploration of our own relationship to visual media and an audacious reinvention of the cinematic language. Just as Godard bid farewell to the old ways of artistic expression in Goodbye to Language, with its equally brash use of 3D, PROTOTYPE takes those ideas and transforms them once again into an electrifying, uncompromising redefinition of what it means to be a film.