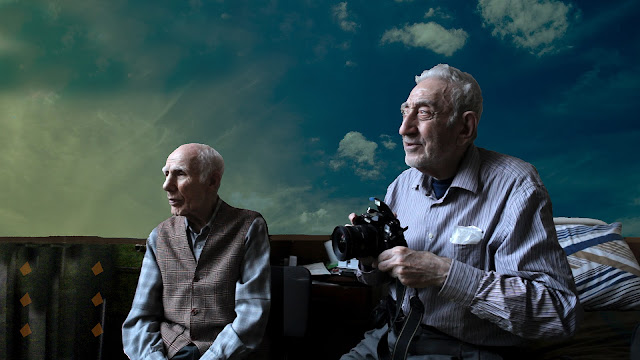 If you've ever spent any time in or around a nursing home, then you're familiar with the air of stagnation that seems to hang over them, as if they are somehow frozen in time, their residents simply existing in a kind of aimless quiescence.

Shevaun Mizrahi's quietly haunting debut documentary, Distant Constellation, both pierces through that illusion and examines its stark realities. Cinema often treats the elderly as sources of kindly wisdom or as adorable curiosities (see the admittedly heartwarming 2007 documentary, Young @ Heart), rarely treating them as fully formed human beings. By setting her film in a nursing home, Mizrahi seemingly sets herself up for a similar scenario - a filmmaker examining the lives of the elderly that is all take and no give, gleaning their wisdom and experience without acknowledging that even by simply observing that she has become a part of their lives. 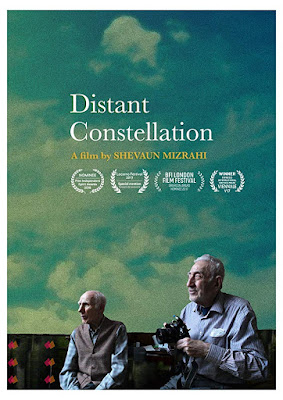 Distant Constellation shatters that barrier between filmmaker and subject in devastating ways. It's an often overlooked aspect of documentary filmmaking - how does one observe another human being without inherently becoming part of the story themselves? It's impossible, really, but most filmmakers never really allow themselves to go there; the film isn't really about them after all (Judy Irving's 2003 doc, The Wild Parrots of Telegraph Hill, is a notable exception - at the film's heartwarming conclusion she announces that she is marrying her eccentric subject, Mark Bittner). There is a moment late in the film in which one of the subjects, a well-read pianist named Roger with a sly penchant for discussing sexual topics, proposes marriage to Mizrahi on camera during an interview, and in that heartbreaking moment the immediacy of what she is doing comes into sharp focus.

For most of the film, Mizrahi allows the residents to speak for themselves, going about their daily routines in an attempt to maintain some semblance of normalcy. There's Osep, a once famous Turkish photographer, now trying to keep his art alive from the confines of his room. There's Selma, a centenarian survivor the Armenian genocide, whose vivid memories of its horrors are chilling reminders of human cruelty in a new time of racial intolerance and the demonization of "the other." There's Serkis and Izzet, who enjoy taking the facility's elevator for rides so they can get a bit of peace and quiet to share gossip. But it's that moment with Roger that really sticks in the memory, opening up a whole new facet of the film - here Mizrahi goes from casual observer to active participant, essentially dissolving the wall not only between filmmaker and subject, but between the subject and the audience as well, leaving us to wonder how we affect them by our observation. 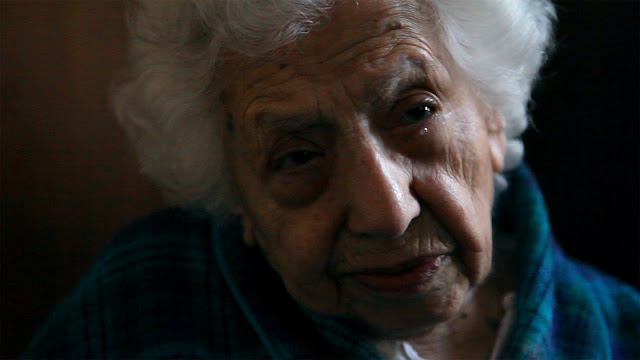 Life goes on inside the Turkish nursing facility - residents seemingly trapped in time, all the while the world outside moves on without them, represented by the construction of a nearby skyscraper, dutifully trudging on through the snow as the knowledge and experience of those inside the nursing home fade away into the past. Mizrahi preserves those memories and experiences in Distant Constellation, brilliantly encapsulating the inevitable progression of time and the changes it brings - a world no longer recognized by those who have been in it the longest. You'll find no blind nostalgia here, though. Mizrahi seeks to parse and analyze the experiences of our elders, musing not only about what wisdom they can impart on us, but also what we as a society, and as observers, can do for them? Do we simply let them waste away, forgotten and alone, as time marches on?

That is the poignant core of Mizrahi's altogether extraordinary film, a keenly observed fantasia on the nature of time and memory. Her artful compositions are often breathtaking (she was a photographer before turning to film), finding small moments of beauty and even playfulness where society often sees only petrification and death. "Time waits for no man," goes the old adage, and while that may be true - here, at least for a moment, it stands still long enough to catch its breath. In these all-too-brief 82 minutes, it imparts the wisdom of a lifetime, and discovers new, unexpected insights for an unknown but inevitable future.