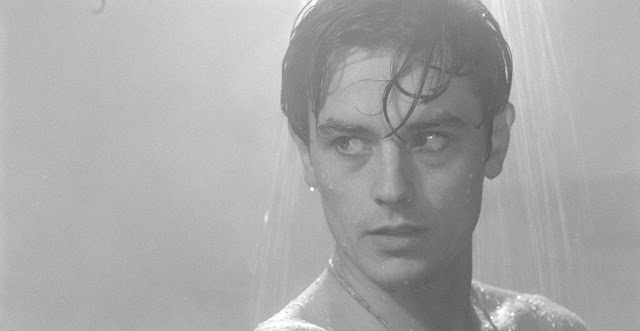 When one thinks about the greatest Italian directors, one often thinks of Federico Fellini, Michelangelo Antonioni, Vittorio De Sica, Bernardo Bertolucci, Roberto Rossellini, and Luchino Visconti. And yet, of all those filmmakers, Visconti's films remain the least seen and revered in the United States. 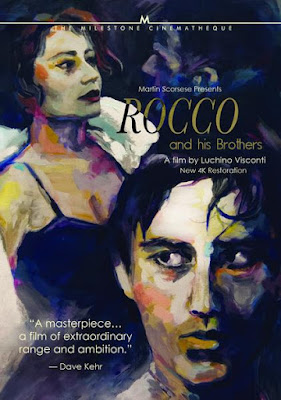 Visconti may not have been as prolific as some of his fellow Italians in the cinematic pantheon, and yet his triumphs are among some of the finest films of the period. His most well-known film, The Leopard (1963), his multigenerational family epic, is Italy's answer to Gone with the Wind, a sumptuous and sprawling film that unfolds like a great novel. His 1960 film, Rocco and His Brothers, however, is a different beast altogether. No less grand in emotional scope, but more intimate in focus, Rocco and His Brothers is more reminiscent of the Italian Neorealist movement, of which his contemporary, De Sica, had been at the forefront.

De Sica had moved on to more colorful entertainments like Yesterday, Today, and Tomorrow (1963) and Marriage Italian Style (1964) at this point in his career, but the spirit of Neorealism is alive and well in Rocco, bridging the gap between the melodramas that were popular in the 1960s and the gritty naturalism that had preceded them.

Set against a changing social milieu, the film centers around one Italian family moving from their rural home to the big city of Milan, where cultural mores clash with a quickly evolving society. Two brothers become involved with the same woman, and Rocco, the film's de facto guide, finds his moral compass hopelessly broken as he becomes tasked with keeping his family from falling apart.

His inability to budge and adapt eventually leads to the complete dissolution and destruction of the family in an almost operatic allegorical display of familial rot, where Italian society's stifling religious conservatism lead to a strict moral code from which there was seemingly no escape. Yet Visconti never allows his film to descend into histrionics, instead keeping the focus personal in order to heighten its sense of tragedy. Even at nearly three hours long, Rocco and His Brothers is a fleet-footed, intensely realized work, given new life through a pristine 4K transfer now available on Blu-Ray from Milestone Films.