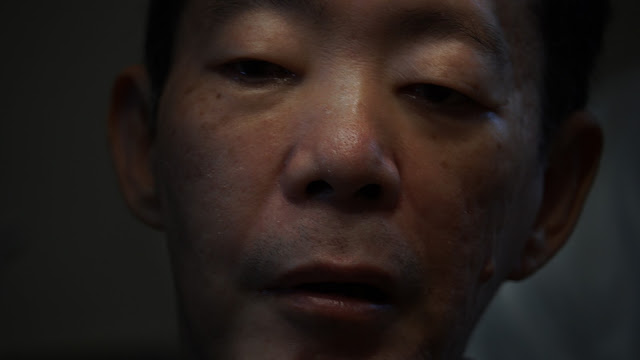 In 2013, two filmmakers redefined the documentary form and pushed the boundaries of the cinematic medium. Véréna Paravel and Lucien Castaing-Taylor's Leviathan boldly saw beyond the confines of the frame, freeing itself from the cinematic space in breathtaking ways. It was the best film of 2013, and remains the finest documentary of the century. 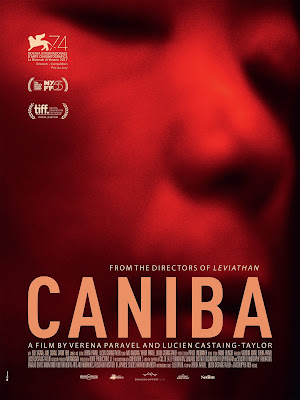 How can one possible follow up such a film? For Paravel and Castaing-Taylor, who had looked so brashly outward in Leviathan, the answer was by turning the camera around and looking inward. Their chosen subject - Issei Sagawa, a Japanese man who was arrested after killing and eating a Dutch woman named Renée Hartevel in 1991. Sagawa was released after being declared legally insane, and went on to become something of a minor celebrity, even going so far as to draw a manga about his crime, reveling in every gruesome detail of the murder and its aftermath. The resulting film is Caniba, perhaps one of the most disturbing films ever made, a dark and haunting plunge into the mind of a monster, inviting the audience into a truly unnerving world that feels like we're staring into the deepest pits of Hell.

The camera remains tightly on Sagawa's face for much of the film. Partially paralyzed by a stroke, his skin is taut, his face expressionless, his nose upturned, like some kind of demonic inversion of Renee Falconetti's Joan of Arc. And yet, there's something disturbingly human about him. Sagawa almost painfully human in Caniba, untouchable and foreign and yet strangely recognizable, a man with insatiable desires of the flesh that have nevertheless broken one of society's deepest taboos. He speaks not only his crime, but of his own desire to be consumed by the woman he killed. He covets pain, pure blinding brilliant intense pain, both as retribution and as part of a deep-seated sexual desire that he can't explain.

Where did it come from? Is it something intrinsically wrong with him? Is it natural? Was it nature, or nurture? The question comes into sharper focus through Sagawa's brother and caretaker, Jun Sagawa, who as it turns out share's his brother's masochistic desires, minus his sadism. Paravel and Castaing-Taylor watch as Jun wraps himself up in barb wire and repeatedly stabs himself in the arm in an act of sexual ecstacy. The two men couldn't be further apart - Jun never tipped took the step into harming others as his brother did. So why is watching him burn himself to achieve orgasm so horrifying? Who is he hurting other than himself? Is he really any different than his more infamous brother? 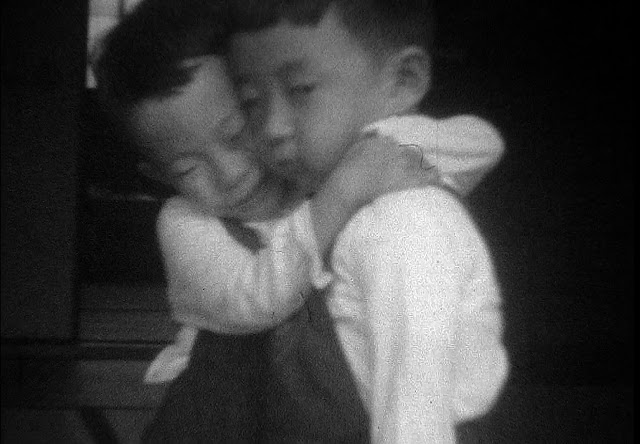 Caniba never answers these questions, resulting in a work that feels as morally dubious as it is enthralling. Who was the woman that Sagawa killed? Why are both of these men, who knew nothing of each other's fetishes, both so driven by such extreme sexual depravity? Paravel and Castaing-Taylor choose not to go there, for them, staring into the darkness of the human soul is enough. One could question the moral responsibility of the filmmakers to question or challenge Sagawa, but I would argue that they don't need to. Aesthetically, Caniba is a terrifying journey into the underworld, a film that worms its way under the skin and unnerves through its chillingly dispassionate observation of one of the deepest human perversions. But underneath its horrifying surface is something even more disquieting, the nagging feeling that this example of the most monstrous of human evil isn't that much different from us after all.  To risk delving into pop culture cliche, Caniba does an even better job than Christopher Nolan's The Dark Knight of illustrating just how thin the line between civilization and madness really is. As Heath Ledger's Joker famously intoned, "Madness, as you know, is like gravity. All it takes is a little push!"

A troubling thought, indeed; one that reinforces Paravel and Castaing-Taylor's mastery of their craft. Here, they take a monster and show us the human underneath. Rather than sensationalizing their gruesome subject, they use it to hold a mirror up to the audience, and the disarming act of introspection should make us all a little nauseous.


CANIBA | Directed by Véréna Paravel, Lucien Castaing-Taylor | Not Rated | In Japanese w/English subtitles | Opens Friday, Oct. 19, at the Museum of the Moving Image in NYC.