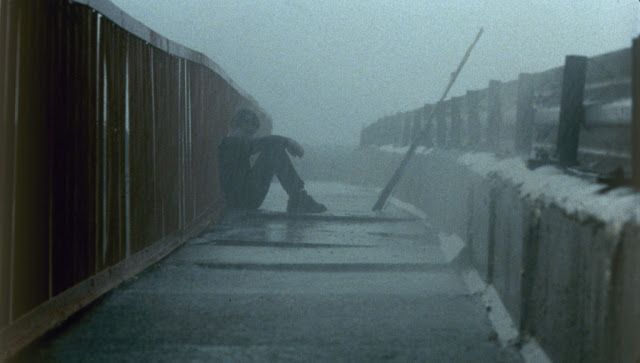 Before garnering widespread critical acclaim and two Academy Award nominations for his films Leviathan (2014) and Loveless (2017), Andrey Zvyagintsev burst onto the international scene in 2003 with The Return, a grim drama about two young boys who reunite with their long-lost father after 12 years. 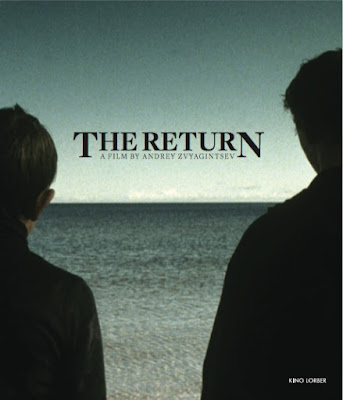 Zvyagintsev has come to be known for his quiet, chilly style, so it's interesting to go back and how his style was almost fully developed right out of the gate. The Return is indeed a cold, austere film in the vein of Andrey Tarkovsky, filled with long pregnant pauses and sparse dialogue. But beneath the films bleak exterior lies a strong emotional core. What begins as a heartwarming reunion between two children and their long-absent father becomes a nightmare as the boys realize that their father isn't the man they always dreamed he would be.

The three embark on a fishing expedition, but the father is a hard man, who pushes his sons to their limit, assigning them seemingly arbitrary punishments and shaming them for the slightest sign of weakness. The eldest son seeks to please his father in any way he can, while the youngest rebels against his father's strict ways, becoming increasingly volatile as the trip wears on. It isn't long before the volatile new relationship comes to a head, with Zvyagintsev almost imperceptibly ratcheting up the tension like a slow-boiling pot of water.

The Return deftly explores the dynamic between father and son and its roots in masculine rage. While the youngest boy bristles at being mistreated by the stranger, the oldest desperately seeks his father's approval. It's a haunting twist on the parable of the Prodigal Son, reimagined as a family tragedy. Zvyagintsev's camera focuses on the most interesting things, often lingering on a shot long after the characters have left the frame. It is this observational style that gives it its emotional heft; by holding the shot just a little longer than what feels comfortable, he allows the weight of what just transpired to linger in the air.

The result is something wholly devastating, a wrenching tale of the age-old conflict between fathers and sons, seeking his approval while struggling to exert yourself as your own man. It's a film about the effects of toxic masculinity on masculinity itself long before that term was even in widespread use. Zvyagintsev memorably examines the effects of the father's misplaced love, his abusive hardness rooted in his desire to make his sons better men, on their mental and emotional wellbeing, creating a cycle of violence that leads to tragedy. It's a film that heralded the arrival of a major voice in contemporary filmmaking, one who continues to examine modern Russian society in increasingly complex and fascinating ways.