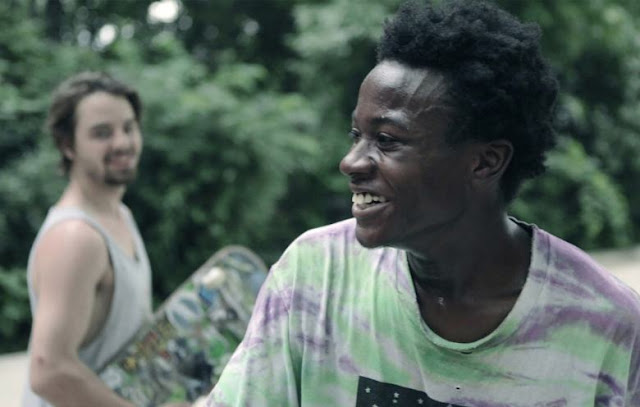 Bing Liu's documentary, Minding the Gap, is something of a quiet wonder. What starts as a kind of document of adolescence centering on three teenage boys who spend carefree days skateboarding and being generally irresponsible, becomes a deeply moving exploration of adulthood as the boys navigate the realities of newfound grown-up responsibilities.

It is also a delicately layered study of poverty and the cyclical nature of domestic violence and toxic masculinity, whose effects reverberate through generations. It is a subject that Liu knows as well as anyone - as one of the three young men chronicled in the film, he grew up with an abusive step-father and a battered mother who looked the other way. His climactic confrontation with his estranged mother is a truly devastating piece of cinema, not because it generates emotional fireworks, but because it results in so little. Try as he might, Liu can't get his mother to reconcile the abuse they both experienced. "It's in the past." She says, as if to say "why does it matter now?" It's a haunting portrait of two wounded people trying to find absolution where there is none to be found. 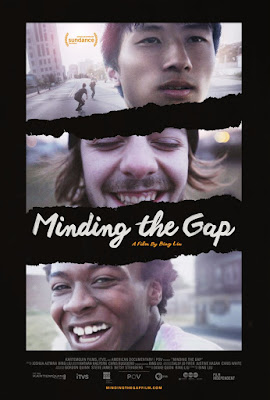 The film also examines the lives of Liu's friends, Zack and Keire. Zack, a carefree skateboarder suddenly finds himself dealing with the responsibilities of parenthood with his girlfriend, Nina. As both try to hang on to their youth, it becomes clear that adulthood is rapping on their door far sooner than expected, and Zack begins to crumble in the face of his newfound parental duties, resorting to violence as the only way to deal with anger and frustration that he's ever known. Keire grew up black in a white town, fully aware of the unexamined privilege inherent to the lives of his white friends, despite their shared economic distress. He, too, is looking to escape from an abusive past, determined not to escape the anger issues of his youth so as to finally put an end to the cycle of violence in their crime-ridden little town.

Minding the Gap is clearly a very personal film for Liu. It is a pained and painful exorcism of a lifetime of demons, but it's also a film about hope in the face of despair. Here are three young men, each with the deck of life seemingly stacked against them, and either buckling under the pressure or fighting back against their circumstances. Liu takes GoPro footage of skateboarders and turns it into something resembling visual poetry, forming a kind of oasis in a troubled world, the boys' one escape from their turbulent reality.

It is a potent and vital distillation of modern masculinity and the crisis facing our young men for whom violence is the only reality they've ever known. Liu deftly examines the ripple effects and collateral damage not only from the point of view of the young men who were raised by abusive fathers, but on the women who also survived them, and now find themselves the target of their boyfriends' anger. While Liu's mother internalizes her pain, Nina tries to minimize the damage Zack has inflicted on her family, begging Liu not to confront him about it lest it make the situation worse. Liu makes no excuses for Zack's appalling behavior, but in Minding the Gap, almost everyone is a victim of their circumstances. But rather than wallowing in their misery, Liu looks for a way out. The result is a hugely powerful documentary that delves into the far reaching effects of systemic oppression and cyclical abuse. It's an astonishing filmmaking debut that could have only been made by someone who has lived it, lending it an impressive sense of authenticity and honesty that is hard to shake.