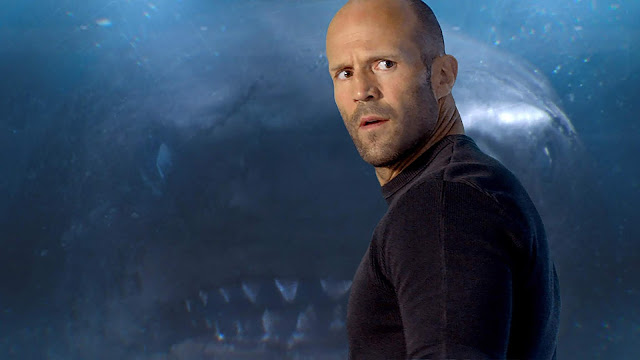 Ever since Steven Spielberg's Jaws made audiences afraid to go in the water back in 1975, Hollywood has been trying to recapture the shark attack magic with little success. There's something primal and terrifying about the idea of real life flesh eating monsters swimming in the vast, unknown expanses of our oceans, mindlessly eating whatever unsuspecting victim may wander into its hunting grounds. Sharks are eating machines, incapable of feeling or remorse, intent on one thing - to feed itself and make more sharks. 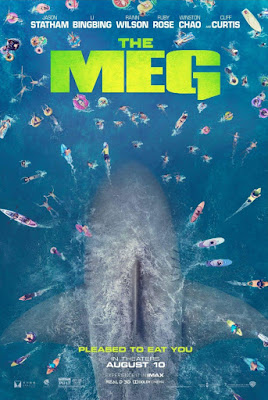 This has led them to become one of Hollywood's favorite boogeymen, leading to such films as Deep Blue Sea, Shark Night, The Shallows, 47 Meters Down. None of them, however, have managed to conjure that same sense of deep-seated terror (the closest was 2003's low-budget thriller, Open Water), so the recent trend has been to plant tongue firmly in cheek, as evidenced by the success of the ubiquitous (and purposefully goofy) Sharknado franchise on the SyFy network. It is into that self-aware atmosphere that Jon Turteltaub's The Meg arrives. Turteltaub, perhaps best known for his work on the National Treasure films (not to mention Disney's Cool Runnings), is no stranger to self-mocking adventure films, and on paper The Meg looks like another over-the-top summer popcorn film with nothing but some cheesy thrills on its mind.

Unfortunately, the film is plagued by a truly awful, paint-by-numbers script that is credited to no less than 4 screenwriters who seem to have written it by committee. The Meg is filled with groan-worthy dialogue and paper-thin characters built on flimsy exposition and lame one-liners (none of which have the climactic punch of Chief Brody's "smile you son of a -" from Jaws). Not even the presence of action movie stalwart Jason Statham as a deep-sea rescuer facing down a giant, prehistoric shark known as a megalodon can save the film from its pacing issues and uninteresting characters.

Statham growls and glowers his way through some of the film's most painfully contrived dialogue for over an hour before the massive shark ever reaches the shore, doing battle with the creature on the high seas in a similar showdown to the final half of Jaws. The problem is the 113 minute film actually feels much longer, and spends way too much time trying to get to know the shark-bait characters before they're inevitably eaten by the film's antagonist. But instead of giving us characters worth caring about, The Meg paints them in the broadest possible terms, peddling in cliches and eccentricities rather than anything resembling actual feeling.

It's painful watching the cast wade through such murky dialogue and awkward exposition for a film that's little more than a big budget B-movie  that doesn't even have the "so-bad-it's-good" entertainment value of the Sharknado films. It's neither silly enough to work as a comedy nor serious enough to be really suspenseful, instead it is made up of pieces of much better films that it hurls into the water like so much chum, hoping unsuspecting audiences will take a bite.