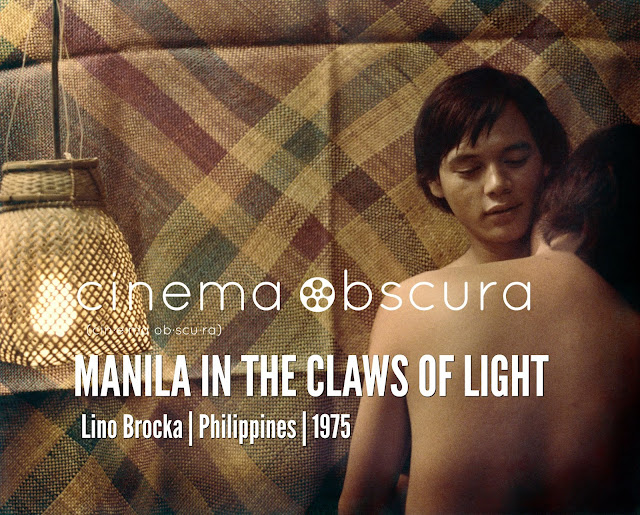 In 1975, the Philippines were in the throes of major political and social upheaval. Dictator Ferdinand Marcos, in the face of increasing opposition from activist groups (most notably the militant communist group, the New People's Army), declared martial law in 1972, tightening his grip on the nation beyond his constitutionally limited two terms in office. 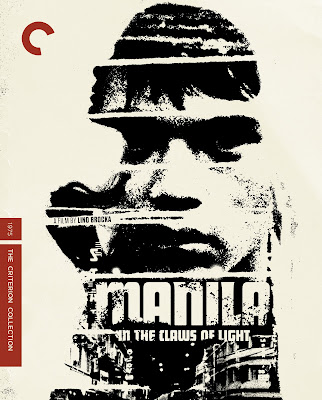 It was that volatile climate that gave rise to Lino Brocka's Manila in the Claws of Light. At that point in his career, Brocka was mostly known for directing frothy melodramas that were popular in the Philippines at the time, having only begun wading into more serious filmmaking the previous year with the seminal Weighed But Found Wanting. Seeking to eschew the frothy pleasures of contemporary Filipino cinema and deal directly with dire political situation in the country. Unable to directly comment on the president's policies due to stringent censorship laws, Brocka instead chose to simply show life as he saw it, and allow the audience to fill in the gaps.

Based on the novel "In the Claws of Brightness" by Edgardo Reyes, Manila in the Claws of Light follows a young man named Julio (Bembol Roco), who travels from his tiny village to the city of Manila in search of his girlfriend, Ligaya (Hilda Koronel). Lured to the city with the promise of good work, Ligaya has instead been sold into sex slavery, and Julio is willing to do anything to get her back; going from low paying labor as a construction worker to gay sex work on the streets of Manila. Julio trades in his own dignity to find Ligaya, never losing hope over the course of nearly three years. But when he finally tracks he down, the reunion is not quite what he imagined.

The film has drawn some criticism over the years for its anti-Chinese sentiments. Ligaya's captor is Chinese, and the Chinatown area of Manila is seen as a place where wealthy Chinese exploit Filipino citizens for their own gain. Yet in order to understand Brocka's point of view, one must look at the the current political climate in the Philippines. At the time, China was very much a major influence on island nation, funding Communist insurgents through Mao Zedong's People's War Doctrine, an act that was often seen as an attempt to prod Marcos into cracking down even further on his citizens in an effort to spark a revolution. This did not happen, resulting in simmering tensions with the Chinese until the non-violent People Power Revolution that ousted Marcos in 1986 and lead to the institution of a new Democratic government. 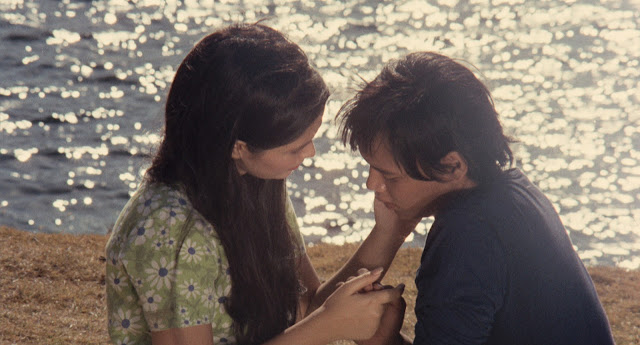 In that regard, Manila in the Claws of Light is very much reflective of the society that gave birth to it, even if it comes off as a bit skewed today. On the other hand, it is surprisingly progressive in its depiction of homosexuality. While Julio sees the work as degrading, it isn't because of their homosexual nature as much as the act of selling his body in pursuit of the woman he loves. The scenes are handled with sexual frankness but also a surprising amount of dignity considering the time. Most of his fellow prostitutes are actually straight men looking to make a quick buck off gay men in a nation that has historically had more liberal attitudes toward gender and sexuality.

Revolutionaries are only seen in passing in the film, but Brocka makes sure their presence is felt. Manila in the Claws of Light is a film of simmering tensions and human desperation, depicting the dire situation amongst the country's poor, who are constantly at the mercy of those above them in the social chain. Brocka wasn't so much interested in style as he was in his film's thematic content, resulting in a pared-down, Neorealist approach, paring down any trace of cinematic glamorization in favor of a gritty, almost documentary-like aesthetic. Yet what is so remarkable about Brocka is how he manages to find beauty in even the most hopeless situations. His use of flashbacks as Julio looks back on his time with Ligaya offer brief respites from the often often unrelenting ugliness of the poverty on display, standing in bright contrast to the muted colors of Manila.

Brocka sought to give us something that feels real, and his evocation of Manila in 1975 through the eyes of the nation's poorest remains potent, even vital, some 43 years later. His ability to navigate the country's censorship laws under a dictator while still exposing his fellow countrymen's dire situation is remarkable. The film is a touchstone in Filipino cinema, at long last resurrected and given a proper home video release by the Criterion Collection that dives deeper into the societal milieu in which it was made. It is a potent and provocative examination of poverty's ravaging mental and physical toll not just on people, but on a city and a society that continues to favor elites at the expense of the poor. It's a message that unfortunately remains relevant, giving the film a haunting sense of timelessness that is hard to shake.
Email Post
Labels: cinema obscura criterion collection