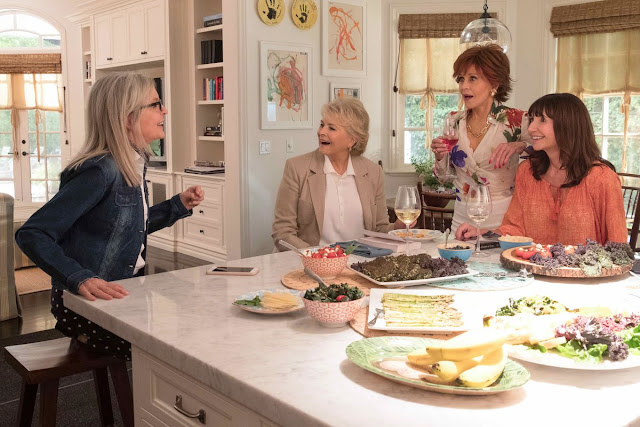 Book Club is one of those movies that works a lot better on paper than it does in execution. Bringing together Diane Keaton, Jane Fonda, Candice Bergen, and Mary Steenburgen as four best friends who decide to spice up their mostly non-existent sex lives by reading E.L. James' "Fifty Shades of Grey" trilogy, the film seems like a can't-miss proposition on merit of its cast alone. Unfortunately, it relies on them a bit too heavily, coasting by on their charisma and chemistry, but failing to deliver a particularly satisfying story. 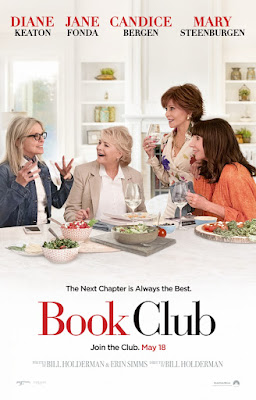 It plays a lot of narrative connect-the-dots as it attempts to emulate other female-centric comedies such as Something’s Gotta Give and It’s Complicated. Unfortunately, Book Club doesn't have a talent like Nancy Meyers behind it, and the result hackneyed screenplay that leans heavily on silliness, without doing its cast much justice. Keaton leads the pack as Diane, a Santa Monica widow whose overprotective children (Alicia Silverstone, Katie Aselton) want her to move to Arizona to live with them. Fonda is a wealthy hotel magnate named Vivian who loves sex but refuses to commit, even at 70. Bergen is a reserved federal judge named Sharon who believes she well past her prime, and Steenburgen is a retiree who wants to reignite the passion with her husband (Craig T. Nelson).

It's a charming premise, and the cast throw themselves into it gamely, but the execution leaves much to be desired. The jokes are often hit-or-miss, and many are buried by the awkward way in which first-time filmmaker Bill Holderman tries to shoe-horn them into the action. Add that to some uneven editing and questionable green-screen effects and you have a film with a great cast, a great premise, and absolutely no idea what to do with either. There are worse ways to spend a couple of hours than in the company of these four fine actresses, but they deserve better than this; all four now in their seventies but just as vital and vibrant as ever. There’s something to be said about a film that celebrates the sexuality of women of a certain age, but ultimately it feels more like a missed opportunity. Come for the effortless rapport of the stars, but don't expect the film to fully deliver on their promise.