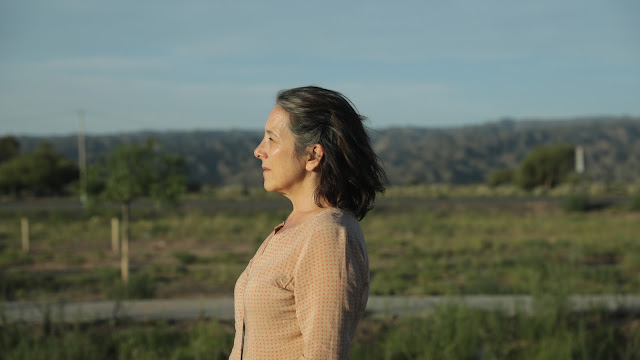 A woman who has just lost her longtime job as an in-home maid travels across the country to a new job faraway in Cecilia Atán and Valeria Pivato's lovely Argentinian gem, The Desert Bride. Along the way, she accidentally leaves her purse in the trailer of a traveling salesman, and sets out to track him down. 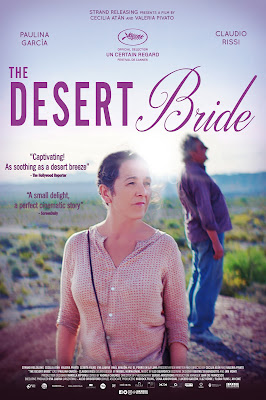 The Desert Bride is a small, unassuming marvel, a beautifully understated work of disarming power. In the capable hands of actress Paulina García, who brought such life to Sebastián Lelio's Gloria (2013), Teresa's quiet desperation becomes the stuff of great cinema. It's such a pleasure to watch her relationship with the salesman, El Gringo (Claudio Rissi) grow. Her panic soon fades into begrudging contentment, traveling across the desert with El Gringo, the faint smile on her face suggesting a woman of a certain age feeling beautiful and desirable once again.

There's a certain wonder in her performance that is truly disarming - here is a woman who thought she was past her prime, always putting the needs of others first, who suddenly finds herself the object of desire for a man for the first time in years. It's an alien feeling that comes across as both joy and confusion, and watching the emotional rollercoaster play out on García's face is something special indeed, especially as she realizes that she does not necessarily need that validation to feel beautiful in her own right.

Atán and Pivato's style isn't flashy, but their lovely framing captures a sense of yearning and rekindled fire. Teresa never expected to take this journey, nor did she want it, but it becomes the detour that she needed. Here in the barren, windswept Argentinian desert, Teresa finds something she didn't realize she was missing, something that goes much deeper than her lost bag. The desert, often thought of as a barren wasteland, may seem like the location of a dark night of the soul for Teresa, but it becomes a fertile place of self discovery, its stark dangers and loneliness flowering into a rebirth for a woman who thought her life was over.

That's the magic of The Desert Bride, the pocketbook is ultimately beside the point, it's a Macguffin for spiritual and emotional journey that is at once deeply moving and powerfully told. Atán and Pivato take a story of endings and spin it into a story of beginnings. What begins as a drab earth tone palate turns to a film bursting with color as Teresa once again begins to bloom in the harsh landscape. Enough pressure eventually turns sand into diamonds, to paraphrase an old saying, and Atán and Pivato memorably evoke that idea here through García's wondrous performance; a hushed and restrained portrait of grief and confusion that finds, if only for a moment, a respite for a weary and lonely heart who discovers that it's never too late to start over.