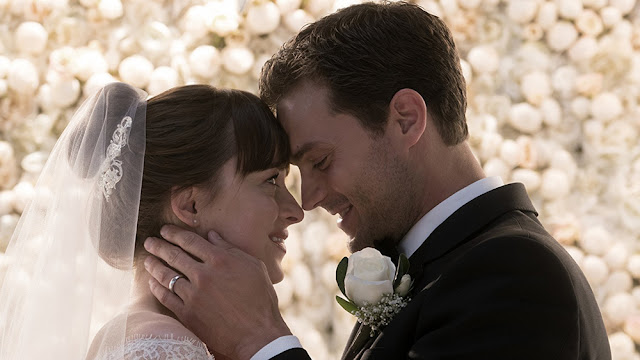 The third and final film in the Fifty Shades trilogy, Fifty Shades Freed is the first film in the franchise to finally embrace its own inherent ridiculousness. Whereas Fifty Shades of Grey and Fifty Shades Darker often took themselves painfully serious, Fifty Shades Freed takes the series in some wild new directions, moving away from the romantic tension between Anastasia Steele (Dakota Johnson) and Christian Grey (Jamie Dornan) and into action/thriller territory as Grey's past begins to catch up to him. 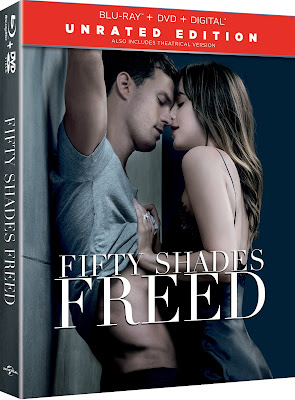 The film picks up on some threads that were first hinted at in its otherwise uneventful predecessor, Fifty Shades Darker, with a stalker who seems to have a grudge against the Grey family. It turns out that Ana's former boss, Jack Hyde (Eric Johnson), was once in foster care with Christian, long before he became the lecherous editor who tried to rape Ana in the previous film. Now he's out for revenge against Christian for being adopted and having a great life that he feels should have been his, and against Ana for taking his job. It's a hilariously thin motivation, almost completely lacking in anything resembling logic, especially considering the ludicrous lengths he goes to in order to take down the Greys, but this isn't exactly a franchise known for its depth.

The problem has always been the source material, and while Sam Taylor-Johnson's original film tried to bring some class to the cringeworthy prose of its source novel, these movies have all been hobbled from the outset by substandard material. And despite their kinky reputation and gratuitous sex scenes, they're actually a remarkably conservative depiction of family relationships. The Fifty Shades series is a bourgeois, suburban take on sexual fetishes and BDSM that thinks it's being a lot edgier than it actually is. Which is part of what makes it so fascinating - it thinks it's being bold and sexual but it's actually about as vanilla as it can get, and nowhere is that more obvious than in Fifty Shades Freed, which ties down our kinky heroes in a bland, traditional relationship with the occasional spanking thrown in.

And yet, you have to hand it to director James Foley for going full-on pulp fiction camp in the finale of a series that never seemed to be aware of how ridiculous it was. With its kidnappings, extortions, and attempted murders, Fifty Shades Freed is just as silly as it needs to be - a quality that sets it apart from its predecessors. These movies were never going to be great art, but there's something delightfully entertaining about the way in which it finally stops trying to be taken seriously. Here, Fifty Shades becomes the over-the-top soap opera it always should have been. Ana and Christian's relationship still isn't particularly interesting, and it still treats sexual kink with all the depth of a snickering middle-schooler who just discovered the Sports Illustrated Swimsuit Issue, but at least this one bothers to be fun, which is more than can be said for its predecessors, as evidenced by the finale montage that desperately tries to make the adventures of the previous films look interesting. The new Blu-Ray release adds little insight into the film itself, featuring a few perfunctory behind-the-scenes featurettes, as well as an unrated cut of the film with 5 minutes of new footage not included in the theatrical release.