Review | World of Tomorrow Episode Two: The Burden of Other People's Thoughts | 2017 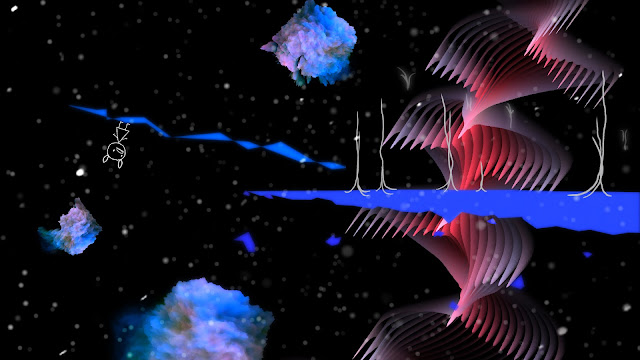 “The longer I look at things the less I know.”

These words, as spoken to Emily Prime by Emily 6 in Don Hertzfeldt’s World of Tomorrow Episode Two, perfectly sum up the experience of watching the film. Hertzfeldt has established himself as one of the finest animators working today, and this sequel to his Oscar-nominated short, World of Tomorrow, subtitled The Burden of Other People's Thoughts, reminds us just how much about the world we don’t know.

At only 22 minutes long World of Tomorrow Episode Two manages to cram more philosophical musings and emotional truths into its runtime than most feature length films. Hertzfeldt is an incredible stylist, using animation both lush and simplistic, but each moment seems pregnant with more meaning that meets the eye. “The longer I look at things the less I know.” It's as if the more we examine World of Tomorrow's thematic depth, the more we realize how little we actually know. It's as if it's in tune with the vast, unknowable expanse of time, understanding humanity's small place in the infinite void. And yet, it seems to celebrate both our fragile mortality and the ephemeral nature of human thought, synthesizing it into something deeply beautiful and hauntingly profound. 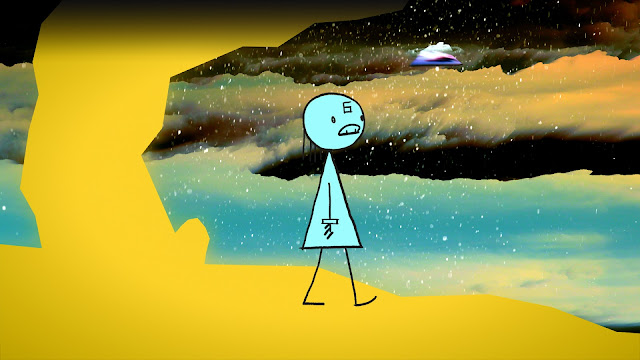 For me, the most striking scene is the one where Emily Prime, having been sucked into the memories of a clone of her future self, recalls killing an insect, and the aching regret that followed. "For all of eternity, throughout the infinite universe, this had been its only chance of being alive." She muses. "This was all the insect was ever going to be. It was not its fault it was an insect, an incomplete creature without any backup copy. All of its experiences are gone forever. We can never know them. If there is a soul, it is equal in all living things. We all cling to the same brief, flickering windows in the infinite darkness." Wow. I defy anyone to find a more piercing take on human fragility than that.

Hertzfeldt takes the freewheeling, unscripted musings of a four year old and turns them into the stuff that cinematic dreams are made of, spinning them into cosmic musings about life, the universe, and everything. It is as if we are simultaneously in the mind of a child and the mind of an adult, older, wiser, but far less secure about our place in the universe. It is often reminiscent of Terrence Malick in its freestyle meditations (Hertzfeldt's 2012 feature, It's Such a Beautiful Day, is the best Malick film that Malick never made), but it also charts a unique course through the mysteries of time unlike anything we've ever really seen before.

There's just so much to unpack here, especially for a film that is only 22 minutes long, but what glorious minutes they are. It's a veritable rabbit hole of fascinating ideas and breathtaking beauty that is at once a feast for the eyes, the soul, and the mind. No other film this year was more thrilling to contemplate or more gratifying to witness. I’m glad I am alive at the same time as Don Hertzfeldt.