It's hard to believe that summer 2009 has come to a close. But with Labor Day marking the official end of the summer movie season, it's time to look back on the last summer of the decade, and all the ups and downs that came along with it. Thankfully, there were quite a few ups this year, with some strong summer fare being released across the board. Here are my ten favorites: 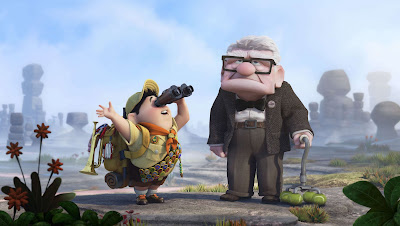 Pixar continues its reign as the best animation studio around, delivering yet another warm-hearted, thrilling, and wondrous journey for all ages. 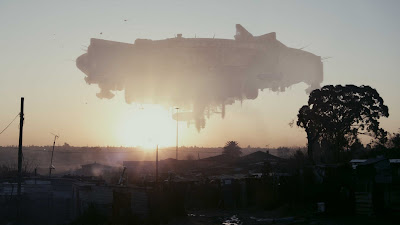 While Pixar may be reliably great, the real jolt of creative energy this summer came from a young South African upstart, backed by Peter Jackson, with this stunning sci-fi drama/Apartheid allegory. 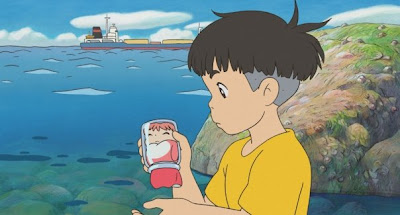 If Pixar are the corporate kings of animation, then Hayao Miyazaki is the reigning auteur, proving yet again that even his lesser, more cutesy outings are more finely crafted and charming than most people's best work.

J.J. Abrams reboots the venerable franchise in this sweeping and bold new take on a classic. Pure summer escapism at its best. 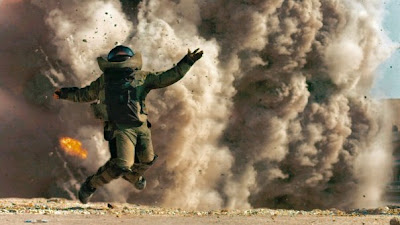 Audiences have stayed away from Iraq films in droves, but Kathryn Bigelow's art house hit topped them all, eschewing politics for a pulse-pounding, adreneline pumping action aesthetic that puts its audience through an elite bomb squad's nerve-fraying daily grind. 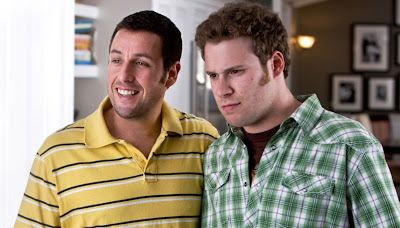 After nearly perfecting his signature raunchy but sweet brand of comedy in The 40 Year-Old Virgin and Knocked Up, Judd Apatow returns with this, his most mature and personal film yet. 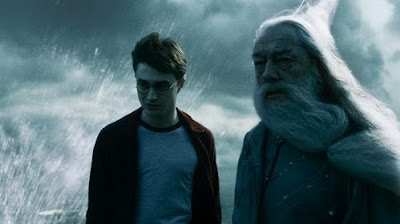 Harry Potter is growing up, and in this sixth installment of the popular series, the boy wizard faces some of his darkest challenges, making for the most emotional, and best Potter film yet. 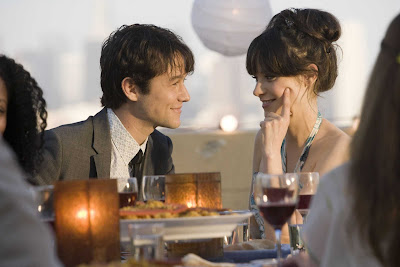 Call it the anti-romance romantic comedy - a charming sweet and sour look at what went wrong in a seemingly idyllic relationship. It's a beautiful and painfully honest look at life, love, and modern relationships. 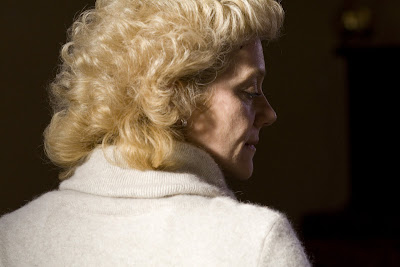 Not a summer movie, per se, but since it was released in August I'll count it anyway. Besides, this haunting film about a woman dealing with guilt and a growing mental breakdown after she may or may not have run over a little boy on a lonely stretch of road, is more memorable and more suspenseful than almost any Hollywood thriller released this year. 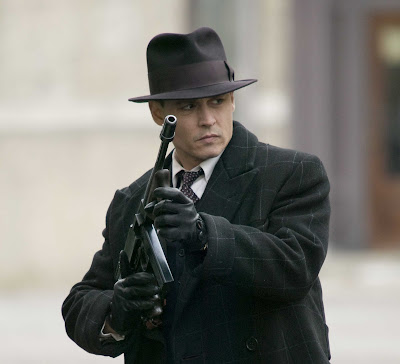 Gangsters are cool again, and Michael Mann expertly channels the 1930s with a startling immediacy through the use of grainy digital photography.

I'd also like to give a special shout-out to Marc Fienberg's Play the Game, which craft-wise isn't as good as the other films on the list, but thanks to Andy Griffith really deserves to be the sleeper hit of the summer. As well as Bandslam, which was, for me, the surprise delight of the summer, an unexpectedly sophisticated musical comedy for the High School Musical set.

Since I don't want to dwell on the negative, I'll only give the worst a passing mention:
Now that summer is over, it's time to look forward to the fall movie season (my personal favorite). The best is yet to come, but as summers go, summer 2009 wasn't half bad.
Email Post

Daniel said…
Eh, I don't know, I wasn't too high on this summer, but if I were to make a list it would include a few of yours.

In no order, Memorial Day and later:
Up
D9
Ponyo
The Hurt Locker
Lorna's Silence
Moon
In the Loop
Julie and Julia
Jerichow
Inglourious Basterds

Danny King said…
I really thought Inglourious Basterds was the best film of the summer and most likely the best film I have seen all year. The not-so-far-behind runner-ups are The Hurt Locker, 500 Days of Summer, District 9, and Up.
10:56 PM

Matthew Lucas said…
I liked BASTERDS ok but wasn't a huge fan. I can appreciate its merits though.
11:01 PM