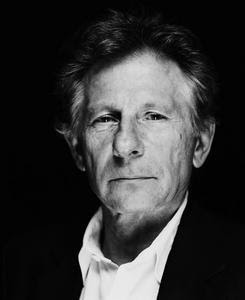 By now you've probably heard that renowned filmmaker Roman Polanski (Chinatown, Rosemary's Baby) was arrested in Switzerland yesterday while in route to the Zurich Film Festival to receive an honorary award, in connection with his 1977 statutory rape conviction.

The details surrounding the case, which were chronicled in the 2008 documentary, Roman Polanski: Wanted and Desired, have been considered dubious, and Polanski fled to France after a judge threw out the prosecutor's time served deal. Now, in what can only be called a revenge fueled, image saving, chest thumping neanderthal move, the Los Angeles Prosecutor's Office planned the sting as the Swiss authorities acted on what they call a valid, international warrant.

The victim, Samantha Geimer, now 45, has forgiven the 76 year old, Oscar winning director, reached a settlement, and wants to move on. In other words, she is not behind this. Why can't the LA Prosecutors do the same thing? Were they goaded by the documentary? Do they not have better, more important things to be working on?

No matter what, this is a shameful move. There is no justice in this. Not for the victim, not for anybody. This shows the LA prosecutors in a desperate PR move, and just like the LAPD in Changeling, they're going to end up with egg on their face. Already the internet is aflame with, sanctimonious, self-righteous Polanski haters praising the pointless move. I'm not excusing what he did, but it's time to forgive, forget, and move on just as the victim has. I like how Glenn Kenney put it in a comment at Hollywood-Elsewhere, the whole affair "just gives people a chance to have a good long wallow in their own inflated sense of righteousness. You should enjoy, as they say."

This has been a non-issue for 30 years. Why now? It's time to let it go, and free Roman Polanski.
Email Post

FreePolanski said…
I, VIKTOR START EFFORT TO FREE POLANSKI VISIT MY SITE AND FACEBOOK GROUP AND YOU SHALL SOAR LIKE EAGLES!
1:56 PM

Misanthrope said…
What part of "he drugged, raped and sodomized a child, pled guilty and then ran from punishment" do you not understand?

He's going to jail, where he will be raped in prison. JUSTICE.

It ain't up to the girl, forgiveness isn't part of this. He's a fugitive and there's NO STATUTE OF LIMITATIONS ON IT.

Matthew Lucas said…
Oh such lovely, polite people you meet on the internet.

I'm not defending what he did. But prison should be about rehabilitation and peace of mind for the victim and their family. Jailing Polanski serves neither purpose. It's only driven by a bloodthirsty, revenge-fueled sense of self-righteousness that you obviously have.

It IS up to the girl. She's the victim here. And she want's it dropped. She's a 45 year old mother of 2 who does not believe this should be pursued. I don't see how you think that shouldn't be taken into account.
11:52 PM

First I would like to know where you get your information. Regarding the "Time-Served plea deal", there was no such deal. There was a plea agreement allowing polanski to plead guilty to Unlawful Sexual Intercourse through which the other charges would be dismissed. No court in the land would accept a plead deal for time served for this heinous of a crime.

After the plea agreement is accepted by the court it is up to the Judge to then determine sentencing (Which never happened due to Polanski fleeing the country). This was delayed due to a required mental Health evaluation (an evaluation required for anyone guilty of sex with a child under the age of 14.)

This is where speculation takes over with regard to his upcoming sentencing (and why he left). It was rumored at the time that the Judge in the case, Laurence J. Rittenband, planned to hand down a much stiffer sentence than the agreement intended. While many have often pointed to this as misconduct and and acceptable reason for Polanski to flee, that just doesn't wash.

As with all Plea agreements, the Judge has every right to hand down a stiffer sentence (a fact that polanski along with all defendants have explained to them prior to the courts acceptance of the plea deal....if you read the agreement, which is readily available, you can see he accepts this fact. If this were to happen, the defendant may withdraw his plea and opt for a jury trial. Polanski did not do this and fled the country.

While I will not go into the actual act (if you would like to find out the type of man you are defending, please read the tesitimony of Samantha Geimer regarding the attack...it is awful)
due to the fact that it is now immaterial. There is no case to be brought against him for this crime because of his guilty plea. However he will and should face further charges for fleeing, etc.

The fact is we are a Country of laws and those laws are in place for reasons above and beyond the wishes of a victim in a case. Whether those that defend this monster wish to see him "face the music" or not doesn't change that fact.
5:05 PM

Matthew Lucas said…
At least your argument is well-reasoned, unlike most of the Polanski lynch mob, even though I disagree.
11:48 PM

Anonymous said…
I would enjoy discussing the aspects you disagree with.

Do you simply see this as an attempt to enact revenge (if so, who exactly is looking for vengeance?), or do you feel that he has "served his time"?
8:52 PM

this is much related to the reason why we have so many police/crime series on tv with cops and detectives nearly invincible: underneath the entertainment value they provide, they administer subconscious fear NOT TO MESS with the "law" and "justice".. cause "there is no escape"..

the LA prosecutors office is a perfect example of such a an eager TV-star..

after convincing people they are gods through TV, they are extending fiction to reality by digging out this old case, while clearly all parties affected have moved on..

if you approve his persecution, you have been brainwashed enough to value an old story that would interest only the usual winning "rights" groups more than you'd enjoy the artistic offer Polanski has contributed over the years to modern culture and art..

you would favor the pitiful present of "do ad you are told" over work and human experience that,unlike the LA prosecutors insignificant ego, WILL stay in history..

others-as you ALL know-have bombed entire planes, buildings, they have slit throats of people opposing to their miserable views and HAVE GOTTEN AWAY WITH IT!! and have done so from inside the countries they are set to destroy, never-mind being abroad and needing to be extradited back on country soil..

others have been even freed from prison, "to die peacefully in their own country", with the state completely ignoring the pleading hundreds of affected families who UNLIKE Samantha Geimer have NOT forgiven these scum for the loss and suffering they have caused..

Anonymous said…
Read the protocol from the trial he fled from the first time and make up your own mind...
http://www.thesmokinggun.com/archive/polanskib10.html