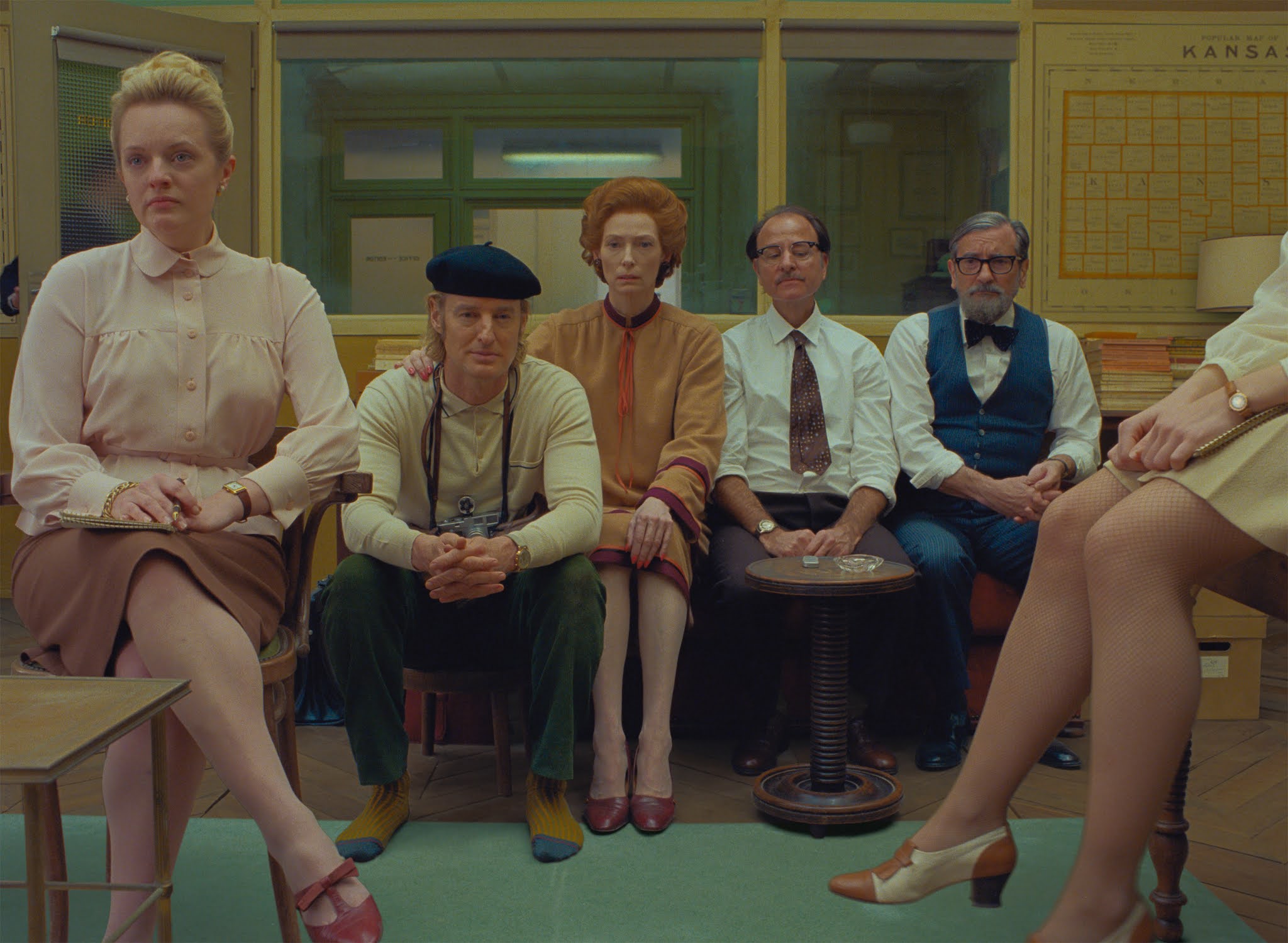 Wes Anderson's The French Dispatch is often described as an "ode to journalism," and indeed the film takes a kind of wistful look at a certain era of long form writing that allowed writers to examine esoteric human interest stories that spoke to them on an emotional level, but ultimately it's not just about the profession of journalism as it is so much the singular artistic possibilities of the written word. 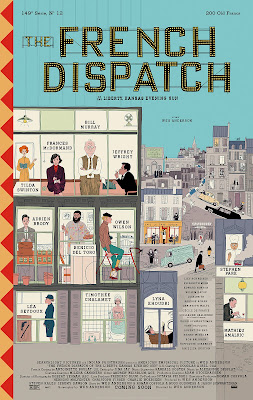 The film centers around a fictitious Kansas news magazine not unlike The New Yorker, staffed by eccentric American expatriates living in France and led by an intrepidly world-weary editor (Bill Murray) who wants to bring a little culture to the midwest while cultivating the creativity of his idiosyncratic writing staff. Anderson structures the film like an anthology, taking us on a tour of the magazine's pages by bringing each section to life, from the travel section, to the arts section, to the culinary section, each one taking a somewhat unusual road to convey the point the editor intended. In typical Anderson fashion, it is in those seemingly bizarre rabbit holes that he finds the most unexpected grace notes, whether its in the arts section's exploration of a murderer who finds artistic inspiration behind bars, in a student revolutionary's discovery of love while seeking political fulfillment, or an immigrant chef whose recipes help foil a kidnapper's plot and reunite a family, Anderson always seems to take a sideways approach to ideas that ultimately flower into something disarmingly moving.

While the film may be split into distinct segments with unique stories, they fit beautifully into into Anderson's melancholic tapestry, at once a celebration of art for art's sake and a wistful reflection on artistic curiosity. Each writer, in their own oddball way, finds a kernel of emotional truth in their subjects that reverberates beyond their own particular niche and finds the essence of the human condition in both the extraordinary and the mundane. Therein lies the peculiar magic of Anderson's talents: oft criticized for his adherence to his tightly controlled symmetrical style, The French Dispatch reveals the forlorn method to the madness. Far more than mere quirk, Anderson's proclivities reveal a wonderful, childlike curiosity, the very essence of each of these writers who are driven to find the human beneath the oddball. Anderson's films are startlingly, often imperceptibly probing, at times even dismantling the very institutions they seem to venerate. Their humor is as much a coping mechanism as an affectation, belying the sadness that often lies at their hearts.

This has been true of nearly every live action Anderson film, but the effect of The French Dispatch sneaks up on you. It doesn't wear its heart on its sleeve like The Grand Budapest Hotel or The Royal Tenenbaums (perhaps his two finest works), but like the intrepid reporters who make up its kooky cast, it arrives at its lugubrious destination in curious and often hilarious ways, but the final emotional doesn't fully resonate until long after the credits have rolled. It's a wonderfully strange achievement, as much a love letter to the written word as a sly tweaking of its pretensions, a layered and mannered collection of droll bon mots and forlorn recollections whose observations and delights aren't always laying directly on the surface. Like any good story, they're layered throughout like breadcrumbs for the viewer (or reader) to discover along the way, and it isn't until they're all collected that the true breadth of its impact reveals itself. The French Dispatch is as sad and thoughtful and funny as anything Anderson has ever made, a sparkling gem in the illustrious career of a filmmaker who refuses to be pinned down, even when everyone thinks they have him figured out.