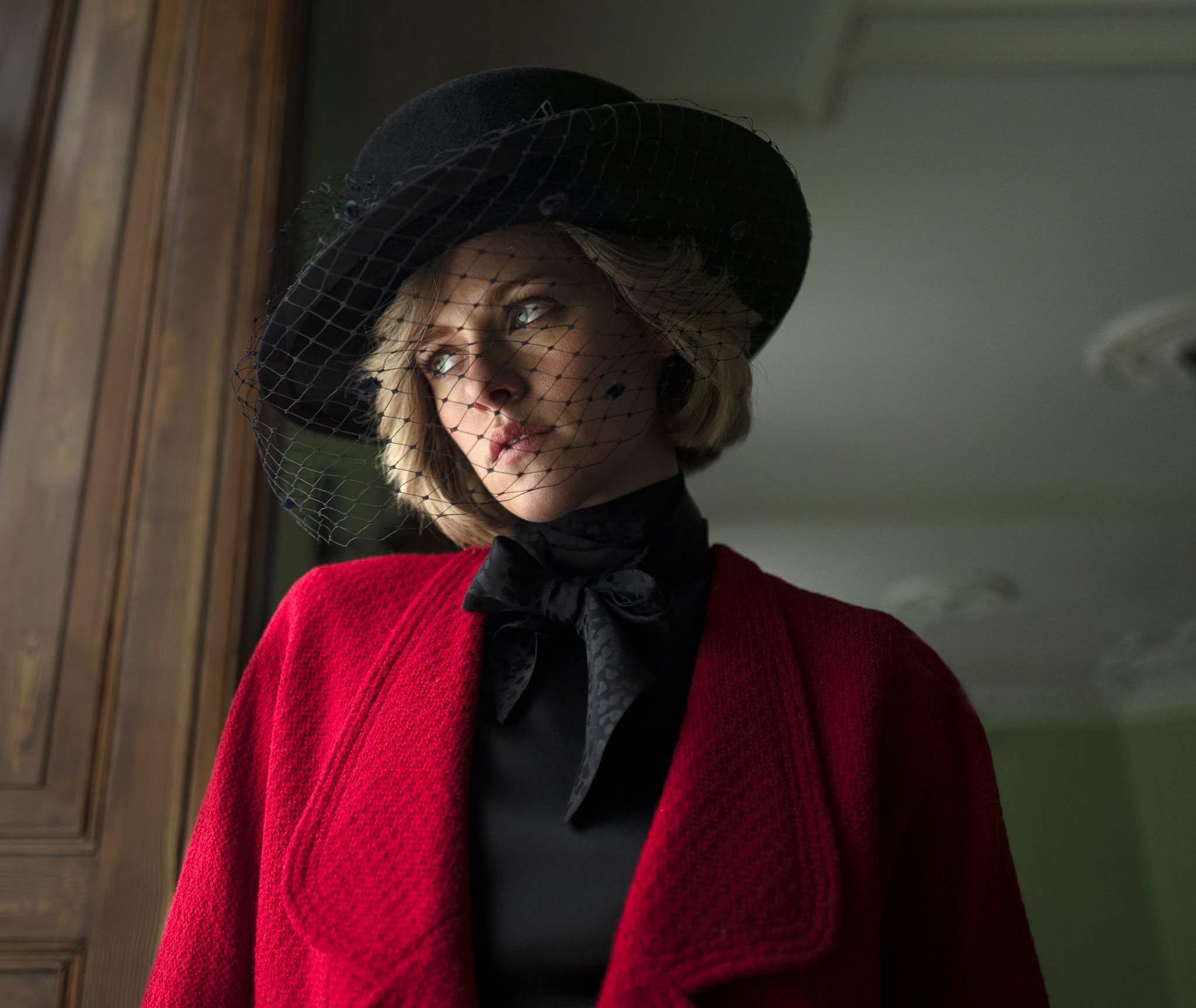 Perhaps Pablo Larraín did not set out to become the foremost chronicle of the inner lives of women who became famous through marrying more powerful yet ultimately less interesting men, but with Jackie and now Spencer, Larraín is certainly occupying unique territory. After tackling American royalty in Jackie, Larraín turns his focus to the British royal family in Spencer  examining one Christmas weekend at Sandringham House when Princess Diana (Kristen Stewart) finally realizes that her tumultuous marriage to Prince Charles must end. Larraín bills the film as a "fable based on a true tragedy," signaling that the events as contained in the film are mostly artistic license based on what is known about Diana's life. But while one would certainly benefit from knowing about Diana's history in watching the film, it's not essential to understanding the abject terror that Larraín conjures here.

Indeed, he directs Spencer like a horror film, The Shining as set amongst the British Royals, as Diana suffers mental anguish from the stifling protocols of the monarchy. Those looking for royal drama a la The Crown may find themselves disappointed; Spencer is consistently insular and often disorienting - intentionally so, creating an impressionistic interpretation of Diana's deteriorating emotional state as a result of constant trauma. Stewart conveys this beautifully, matching Larraín's timbre with an inner fire that is astonishing. Her intensity is matched by Jonny Greenwood's eerily beautiful score, which suggests some sort of unravelling fairy tale, the prim decorum of royal protocol rotting from within.

That inner rot the focus of Spencer, positing that perhaps the royals themselves aren't the villains but the monarchy itself, an ancient institution that destroys the humanity of all who participate in it, all trapped inside a gilded cage of their own design. Here, Diana is a wild sparrow trying desperately to escape that cage while seemingly everyone around her does everything in their power to keep her inside. The ornate palace, itself a symbol of great wealth and power, is in fact a prison haunted by ghosts both figurative and literal, the history of British colonial power seemingly embedded in its very walls. Spencer is very much a ghost story, but not a typical one; it is a tender and prickly like a raw wound, abstract and unsettling, yet full of emotional grace notes that cut deep. Larraín is an incredibly perceptive and savvy filmmaker who displays an innate ability to evoke the emotional inner life of his subjects. And while Spencer can occasionally be too insular for its own good, divorced as it is from the greater context of Diana's life, it is nevertheless refreshing to see a biopic that is less about hitting the highlights of its subject's life and more about capturing their essence. Stewart is a marvel, and so too is her film - a haunting descent into madness that casts the mythical character of Princess Diana as the only human being in a house of wax figures, slaves to an oppressive history whose cycle continues unbroken.