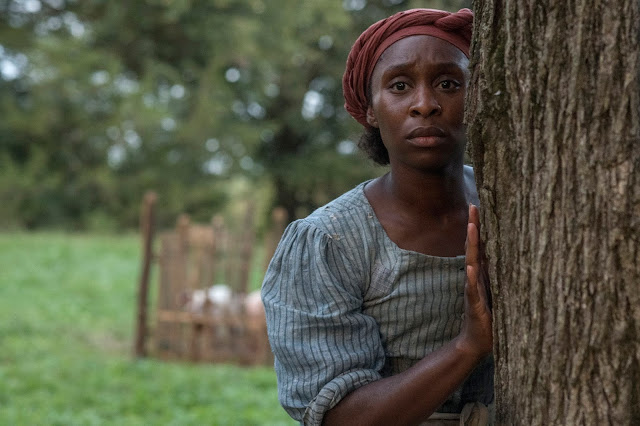 It's somewhat surprising that it has taken Hollywood this long to produce a major biopic of Harriet Tubman, perhaps one of the most extraordinary women to have ever lived. Her story is so rife with danger and drama that it seems tailor made for the big screen. Then again, maybe it shouldn't be that surprising that the story of a black woman, no matter how famous, has been largely ignored by Hollywood, despite a major push to get her on the $20 - a campaign put on hold by a Trump administration that seems more interested in preserving the genocidal legacy of President Andrew Jackson than honoring one of history's great liberators. 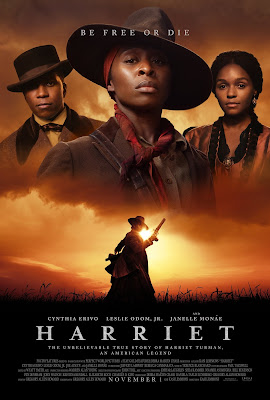 There have been quite a few films dealing with slavery over the last few decades, from Steven Spielberg's Amistad and Lincoln to Steve McQueen's Oscar-winning 12 Years a Slave to Nate Parker's The Birth of a Nation, a film that sought to repudiate the legacy of one of Hollywood's biggest, and most racist, successes, D.W. Griffith's 1915 epic of the same name, which painted the end of slavery as a great blow that destroyed the South and necessitated the rise of the Ku Klux Klan to protect it, and gave birth to not only the idea of the blockbuster film, but to a new era of the KKK. Yet all of these films were centered on men, or benevolent white saviors. The story of Harriet Tubman, a black woman who escaped slavery and helped liberate hundreds of enslaved people through her work on the Underground Railroad and with the Union Army during the Civil War.

And so, perhaps most appropriately, it has taken a black woman to step up and tell Harriet's story. Director Kasi Lemmons (Eve's Bayou, Black Nativity) has taken the story of the woman known as "Moses" and turned her into a modern day superhero; and while the results are somewhat mixed, Harriet Tubman feels like the superhero we need right now, and as embodied by an phenomenal Cynthia Erivo, she exudes a kind of steely righteous fury that fits right at home in our current moment.

Of course, Harriet takes quite a few dramatic liberties with Tubman's story, in the process giving it a somewhat conventional arc complete with a lovely but at times overbearing score by Terrence Blanchard that seeks to turn every moment into a swelling crescendo of emotion. Yet there's something undeniably rousing about the way Lemmons directs this, as if she's directing a superhero film with Tubman as the hero. She's like a Civil War era Avenger, rescuing enslaved people and leading the Union Army into battle against hapless slave owners. There's some debate to be had about the merits of overdramatizing a story that was already incredible without any embellishment (in reality, the identity of "Moses" was never discovered, meaning the pursuit by her former masters that serves as the film's central conflict was mostly manufactured to give the film a specific villain), but Erivo is so good and Lemmons so passionate that it's hard not to get swept up in the story, even if one occasionally wishes the film had more confidence in its protagonist's own ability to carry it. Harriet also takes the time to try and understand the economy of the pre-Civil War era South, and how it was propped up by slavery. The passage of the Fugitive Slave Act allowing former enslaved people to be extradited from free states illustrates the fact that the North was not some magic anti-slavery utopia, but the script has a tendency to over-explain things by building exposition a little too awkwardly into the dialogue.

However, it feels somehow appropriate that a black woman is at long last given a larger-than-life treatment like so many white male historical figures before her. What Tubman achieved was by all means remarkable, even if much of the manufactured drama around her threatens to turn the story into a relatively standard Hollywood melodrama. But under Lemmons' capable direction, Harriet is a solidly crafted and entertaining film, one whose "you go girl" sensibilities may seem more constructed for a modern audience than for the woman Tubman really was, that nevertheless embraces Tubman's status as a folk hero and celebrates her with a rousing and often moving tale of passion and resistance in the face of extreme oppression. Harriet Tubman is the the hero we need right now.