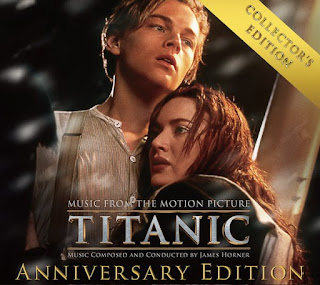 It's hard to believe that it has been 15 years since James Cameron's Titanic was released in theaters. While it has become cool in subsequent years to make fun of the film by those who want to appear to have superior tastes, the film itself continues to stand the test of time.

It may be hard for younger audiences to grasp just what a huge cultural phenomenon Titanic really was, because nothing that has been released since has even come close to matching it, not even Cameron's own Avatar, which eclipsed Titanic's $600 million gross in 2009.

I was 11 years old when Titanic was first released in theaters. I saw it three times on the big screen, and countless times on my well worn VHS copy, which I picked up on the day it was released after having pre-ordered it weeks before. Titanic was my life. I could quote the entire film line by line. I studied everything there was to study about the actual event, reading every book I could get my hands on - history books, novels, cook books, if it had something to do with the Titanic I eagerly devoured it. For this prepubescent gay boy, Titanic was my first taste of sweeping epic romance, and I would never be the same. But more than that, it was about a world of opulence, elegance, and decorum that I completely fell in love with. I cannot possibly overstate the impact it had on my young life, and it resonates with me still today. 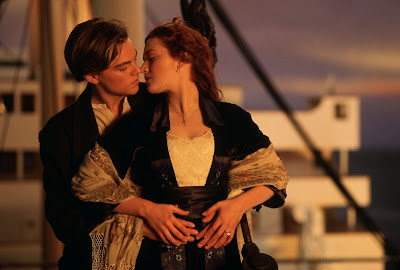 One cannot discuss the magnitude of Titanic's  success without mentioning its iconic, Oscar winning score by James Horner. It remains one of the top selling soundtracks of all time (and the top selling score album), and is perhaps one of the most instantly recognizable movie themes of all time. So it should come as no surprise that for the theatrical re-release, coinciding with the 100th anniversary of the sinking of the Titanic, that Sony would rerelease the album with some added bells and whistles.

It's a shame that the added bells and whistles on this four disc set don't include any new score material, however. Included in the set are the original soundtrack album, the Back to Titanic album that included more music from the film as well as a few source cues, as well as I Salonisti: Gentlemen, It Has Been a Privilege Playing with You Tonight, which features period music recorded by I, Salonisti, the five piece orchestra from the movie, specifically for the film, and a bonus disc of popular songs from the period, none of which are featured in the film.

It would have been nice if instead of the 4th disc of mostly superfluous songs, if we had gotten a complete score release, featuring all of James Horner's music composed for the film, rather than this rather perfunctory repackaging of previously released material. The I, Salonisti disc is nice, and adds some stately period flavor that the bonus disc pretty much misses. 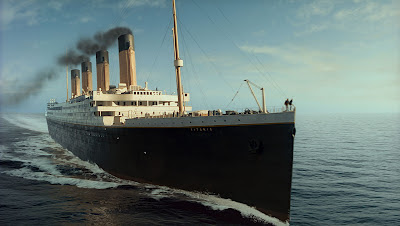 The score itself though, is every bit as powerful today as it was 15 years ago. While it may not be worth picking up the new release if you already have the original soundtrack, if you missed the out of print Back to Titanic then it comes highly recommended. More than just a cash-in, Back to Titanic features key music cues that were missing from the first album - including Horner's piano solo version of the main theme, "The Portrait," as well as "A Building Panic," an essential cue from the sinking sequence featuring some moments of choral beauty that were absent from the original soundtrack album. Also included is the massive "Titanic Suite," a 20 minute cue that rearranges some of the key moments from the score, and culminates a breathtakingly glorious choral statement of the main theme, which appears nowhere in the film itself.

I would imagine, however, that most fans already have the original soundtrack somewhere, and score collectors already have a copy of Back to Titanic on their shelves as well, so this new release smells like more of a cash grab from hardcore fans than anything else. And it's hard to recommend plunking down $25 for this set when the older releases are just as good and still readily available.

Listening to the score again took me back, as great music can, to another time - to 1997, to 1912, to a phenomenon that, despite detractors' best efforts, has stood the test of time. Horner composed some of the most deeply moving music ever composed for film in Titanic, and no matter how it's presented it remains an unqualified masterpiece.