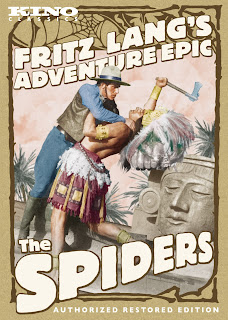 Having recently released the astounding restoration of Fritz Lang's masterpiece, Metropolis, on blu-ray Kino Lorber has now set its sights on two of Lang's lesser known work, that span his career from its early period (1919) to its later period (1945).

Watching these two films in close proximity to one another is a fascinating experience, as we are essentially witnessing the complete evolution of an artist, from the birth to the final maturation of his craft. While neither film represents his best work (that would come along in his mid-period from 1927-1931), they are both great films in their own right.

1919's The Spiders is, in many ways, the quintessential silent adventure serial. Originally shown in two parts, The Spiders: The Golden Sea (1919), and The Spiders: The Diamond Ship (1920), the film is a clear forerunner of films such as Raiders of the Lost Ark, following the adventures of Kay Hoog, an athlete and amateur sleuth who discovers a mysterious message in a bottle while sailing the ocean. 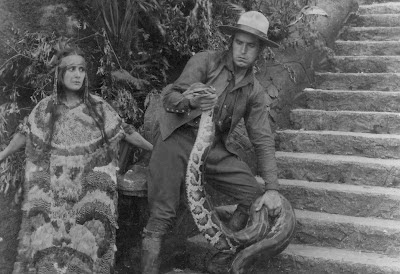 Determined to find out the source of the message, and the treasure hinted at in its pages, Hoog sets off on a whirlwind adventure that will lead him to exotic islands and underground cities in search of a lost diamond. But he isn't the only one searching for this treasure - a ruthless criminal organization known as The Spiders is also in hot pursuit, and they are willing to do anything to get it. However, when their leader, Lio Sha, falls in love with Hoog, it opens up a whole new set of problems that could end in tragedy for both of them, and when Lio Sha sets her sights on something, she always gets what she wants, be it a lost treasure, or a man.

What is so striking about watching The Spiders today, some 93 years after its initial release, is how thrilling it still is. Even in 1919, Lang's mastery of the medium was clearly visible. Its depiction of racial minorities may raise some eyebrows today, but otherwise the film is strikingly modern. Lang's use of shadow foreshadows his work in German Expressionism and later film noir, and his fluid camera movements recall D.W. Griffith's sweeping cinematography. Lang clearly took a cue from Griffith in his cutting of the action sequences, but he created something wholly his own. This is no jaunty, cheesy action film that one might expect The Artist's George Valentin to star in, this is a dark and twisty thriller. It's certainly a lot of fun, but it also offers an indication at some of the dark places Lang would explore later in his career. 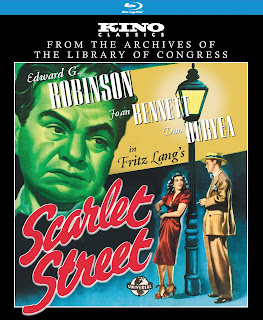 26 years later in 1945, Lang may have matured as a filmmaker, turning his sights onto more grown up themes and away from the days of high adventure, but he's clearly still the same man with the same interests in the dark heart of man. Lang helped pioneer the German Expressionist movement in 1927 with Metropolis, before eventually moving to Hollywood where filmmakers were taking their cues from the movement to create American film noir. Lang was right at home with the genre, and went on to direct some of its greatest triumphs, from 1937s You Only Live Once to 1953's The Big Heat. In the middle there was Scarlet Street, lesser known perhaps but no less accomplished than some of his more famous works. Starring Edward G. Robinson as a henpecked husband who falls for a vivacious woman of the night, Scarlet Street was extremely controversial in its time, and even banned in several cities. 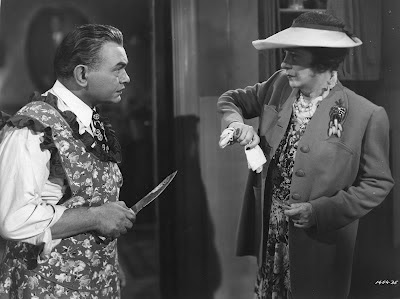 Robinson, a bank teller, naively represents himself to the girl as a wealthy and successful artist, who then hatches a plan with her boyfriend to extort thousands from him. The result is a neverending series of unfortunate events, snowballing into a tragedy of Shakespearean proportions. Lang never lets the story get away from him, however, and Robinson keeps the proceedings grounded with a remarkably restrained performance.

Kino's blu-ray presentation is almost jaw-droppingly good. There are a few imperfections here and there, but looking back on some of the film's less auspicious public domain incarnations, the cleanup  they have done is simply extraordinary. While The Spiders doesn't have the benefit of a high-def transfer (it's a DVD only release), it certainly looks good for a film of its age, and really by the time a film reaches 93 years old a blu-ray isn't going to make that much difference (although it certainly did with 97 year old  Birth of a Nation). Both films are short on extras, but Scarlet Street's stunning transfer is special enough, while we're just lucky to have The Spiders on DVD at all. Both films are a tribute to one of cinema's grand masters at very different points in his career, and should really be appreciated together. The two films couldn't be more different, but on closer inspection, they're clearly cut from the same magnificent cloth.