Trailer: "The Skin I Live In"

Yahoo! Movies has the new American trailer for Pedro Almodovar's The Skin I Live In, as well as a brand new US poster. 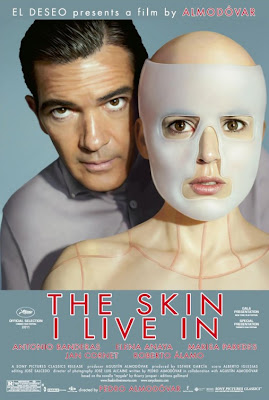 Here is the official synopsis:


Ever since his wife was burned in a car crash, Dr. Robert Ledgard, an eminent plastic surgeon, has been interested in creating a new skin with which he could have saved her. After twelve years, he manages to cultivate a skin that is a real shield against every assault. In addition to years of study and experimentation, Robert needed three more things: no scruples, an accomplice and a human guinea pig. Scruples were never a problem. Marilia, the woman who looked after him from the day he was born, is his most faithful accomplice. And as for the human guinea pig…

It has that unique brand of Almodovar theatricality, and it will be interesting to see how he handles this more thriller-like territory, which he has only touched on previously in Live Flesh and Bad Education.

The Skin I Live In opens in the US on November 18.
Email Post