Vulture has the new US poster for Lars von Trier's Melancholia, as well as information on its upcoming US release. 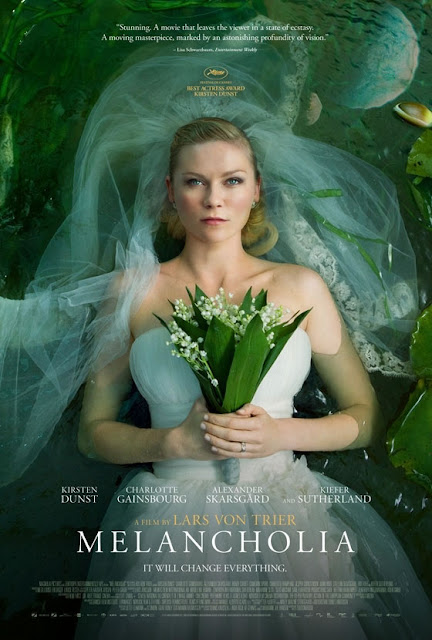 Magnolia will premiere the film On Demand on October 7, over a month before its theatrical release on November 11. The film stars Kirsten Dunst, Charlotte Gainsbourg, Alexander Skarsgard, and Kiefer Sutherland.
Email Post