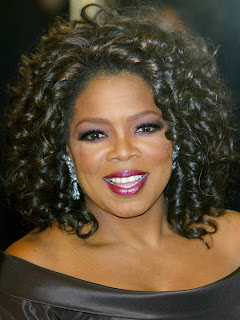 James Earl Jones, Oprah Winfrey, and makeup artist Dick Smith were announced as the recipients of this year's Governor's Awards today by the Academy of Motion Picture Arts and Sciences. Jones and Smith will both be receiving Honorary Oscars, which are presented for a life's work, while Winfrey will receive the Jean Hersholt Humanitarin Award for her philanthropic contributions.

Jones is best known as the voice of Darth Vader in the Star Wars trilogy, but has also appeared in such films as Dr Strangelove: Or How I Learned to Stop Worrying and Love the Bomb, The Lion King, Conan the Barbarian, and Field of Dreams.

Smith's credits include The Exorcist, The Godfather, and Taxi Driver. He received an Oscar for his work on Amadeus in 1984.

Winfrey received an Oscar nomination for her role in Steven Spielberg's The Color Purple, but it is her humanitarian work with such organizations as Oprah’s Angel Network, the Oprah Winfrey Foundation, and the Oprah Winfrey Leadership Academy for Girls,that led to her award here.

All three awards will be presented at the Governors Awards dinner on Saturday, November 12, at the Grand Ballroom at Hollywood & Highland Center.
Email Post