Review | "Cameraman: The Life and Work of Jack Cardiff" 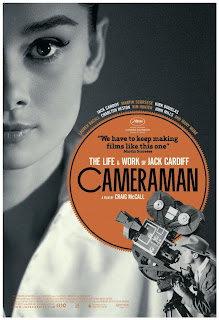 Jack Cardiff is quite possibly one of the greatest unheralded giants of cinema of the last century. As a general rule, it is the actors and directors people tend to remember, while other talents just as worthy go unnoticed. Cardiff is perhaps one of the most lauded cinematographers to ever get behind the lens of a camera, and his influence is still felt in films today. People may not know his name, but if they have seen one of his films, chances are they have never forgotten it.

Cardiff is arguably most famous for his work on the Archers films of John Powell and Emeric Pressburger of the late 1940s, such as A Matter of Life and Death, The Life and Death of Colonel Blimp, Black Narcissus, and The Red Shoes. He has lensed some of the most beautiful films of all time, pioneering camera techniques and modes of lighting that are still in use today.

Craig McCall's documentary, Cameraman: The Life and Work of Jack Cardiff, seeks to throw back the curtain on the life of a man who was a legend in his own time, even though he was never what one would call a household name. 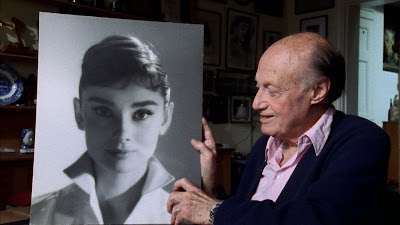 The film opens with the presentation of Cardiff's lifetime achievement award at the 2001 Academy Award ceremony, which was given for "exceptional distinction in lifetime achievement; exceptional contributions to the state of motion picture arts and sciences; and for outstanding services to the Academy." Even the Academy's usual prim hyperbole can't quite do justice to the genius that was Cardiff, but McCall does his best to do just that.

Using interviews with other cinema giants such as Martin Scorsese, Kirk Douglas, Lauren Bacall, Thelma Schoonmaker, and Cardiff himself, McCall offers up what is essentially a master class in cinema art. Cardiff is a gentle and candid figure, recalling what it was like to work with the likes of Marilyn Monroe, Audrey Hepburn, and Humphrey Bogart, revealing photographic work he did for the stars on the side while he wasn't working on films. He seems eager to discuss his work, but also incredibly humble for a man of his vast achievements. It makes for a wholly fascinating viewing experience that is essential for any cinephile. 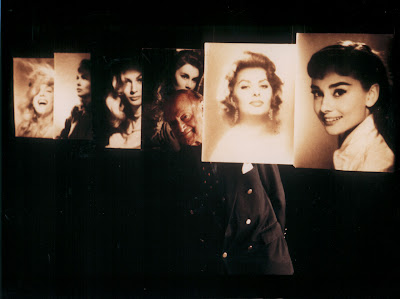 McCall obviously has a great deal of respect for Cardiff (who passed away in April of 2009), and it bleeds through every frame of Cameraman. It's not a gushing film, however. Like the man himself, it remains respectful, metered, and clear-eyed about his achievements. It's a historical document, yes, but it's also a passionate narrative. This is truly one from the heart, and McCall offers us a chance not only to appreciate Cardiff's work, but to get to know the man himself as he did as he was making the film.

In my opinion, Black Narcissus and The Red Shoes are the two most beautiful films of all time, and it's a privilege to get to see the man responsible for them explaining how he brought them to life. It's also fascinating to learn of his other experiences on films I didn't even realize he did, such as Rambo: First Blood Part II. Cardiff had a long and varied career, filming both classics like The African Queen and sequels that time forgot like Conan the Destroyer. For fans of Cardiff, for fans of the Archers, and for fans of all great cinema, Cameraman is a must-see.