On "It's Kind of a Funny Story" 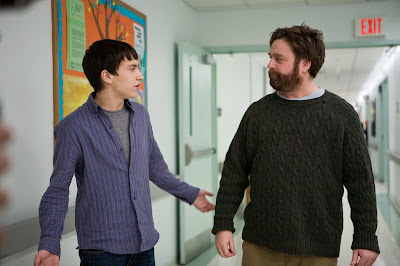 “It's Kind of a Funny Story” seems unnecessarily treacly and lightweight, teetering oddly between comedy and drama and never really being particularly solid in either department. It has moments of comedic inspiration, but more often than not the quirk is almost painfully self-conscious, and it reaches for emotional payoffs that it hasn't earned.

Still though, Boden and Fleck's gentle direction keeps the film moderately likable even when the story threatens to veer off track, and it's never what one would call bad. But its “grass is always greener” theme is pretty simplistic, driving home a point that most of us learned (far more memorably) in “The Wizard of Oz.”