Cinema Libre has released two new documentaries on DVD in recent weeks - 2501 Migrants: A Journey, and Bluegreen. I'm in the process of playing catch-up a bit, but here is a quick look at two films that may have otherwise gone overlooked. 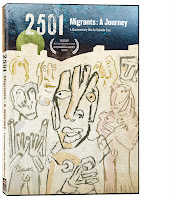 Despite its short length (a mere 56 minutes), 2501 Migrants: A Journey could have very easily have gone theatrical. This is a unique and moving look at Alejandro Santiago, a Mexican artist who returns to his small hometown in Oaxaca to find it nearly abandoned, with 2,501 of its citizens leaving for America, making the tiny town of Teococuilco one of Mexico's leading exporters of human labor. Both intrigued and saddened by the desolation of the place he once called home, Santiago sets out to commemorate each one in a massive art project, building a statue to represent each person from Teococuilco who immigrated to the United States. 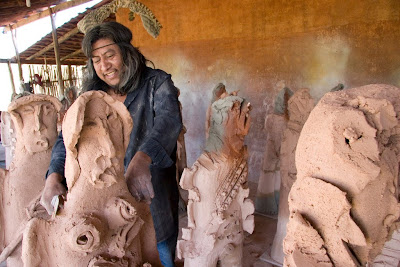 With illegal immigration increasingly becoming one of the most contentious issues in the United States, 2501 Migrants provides a fascinating and heartbreaking look at the issue from the other side, giving us a Mexican perspective that is not often heard or even considered on this side of the Rio Grande. Santiago's expression of Mexico's plight through art is both sobering and thought provoking, and this is a film that seriously deserves an audience. 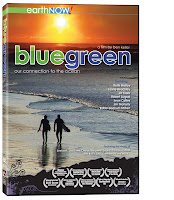 I'll admit, surfing is not something that particularly interests me, and the new documentary, Bluegreen, part of Cinema Libre's earthNOW series, didn't really change that at all. Taking a look at humanity's connection to the ocean with surfing as the main focal point, Bluegreen starts off with a flimsy premise, asking why humans are so drawn to the ocean. The filmmakers treat the subject as a great mystery, but they try too hard to create some grand cosmic question where there really isn't one. Through interviews with surfers, scientists, and other experts, the film pieces together an awkwardly paced love letter to the ocean that never really adds up to a satisfying whole. Add that to an overbearing and intrusive score and some dull narration, and Bluegreen becomes a bland and uninteresting doc that isn't nearly as profound as it thinks it is. Surfing enthusiasts, however, may find something to like here, otherwise it's a tough slog.

Both films are now available on DVD. 2501 MIGRANTS will be shown at the Smithsonian National Museum of the American Indian (October 28th & 30th) in New York City, NY, and at the University of California, Davis (November 4-5 ) in Davis, California.
Email Post