Review: "The Girl on the Train" 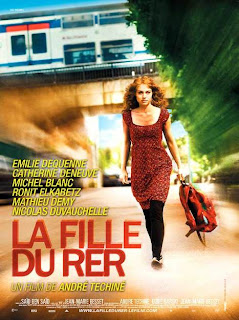 The story of André Téchiné's The Girl on the Train is one of those outlandish tales that would almost be too far-fetched to be believed were it not based on fact. Based on the play R.E.R by Jean-Marie Besset, which was in turn inspired by a real life scandal the rocked France in July of 2004, The Girl on the Train centers around Jeanne (Emilie Dequenne), a seemingly normal, twenty-something girl living at home with her mother (Catherine Deneuve), who one day files a false police report claiming to have been the target of an anti-Semitic attack on a train. This sends the entire country into a frenzy. Attacks against Jewish people had already been on the rise, and her story becomes an unexpected lightning rod for anti-Semitic awareness, even attracting the attention of the President himself.

Jeanne herself is not Jewish. She claims a case of mistaken identity because of a business card the supposed attackers found in her purse for a noted Jewish lawyer, an old friend of her family's who has been very active in anti-discrimination activism.

Téchiné balances his story between Jeanne and her mother, and the family of the Jewish lawyer. He isn't interested in portraying the story as any kind of historical document of the event, he is interested in something far more probing. The Girl on the Train is an exploration of Jeanne's motives, her reasoning for concocting such a harmful lie. The film is divided into two segments - Circumstances and Consequences, each one examining the background and aftermath of the incident.

It would have been very easy to try to make this film into some grand political or societal statement, but Téchiné is far to shrewd a craftsman for that. He keeps the focus intimate, allowing these two families who are inexorably intertwined by Jeanne's lie to provide the conflict and insight, allowing the event, and each character's reaction, to speak for itself. Jeanne is neither a sympathetic nor villainous character. Téchiné never passes judgment on her, even when other characters do, nor does he treat her like a victim. Jeanne is a girl crying out for help and attention who did a terrible thing, making it even harder for victims of discrimination to claim such after her tale is proven to be false. 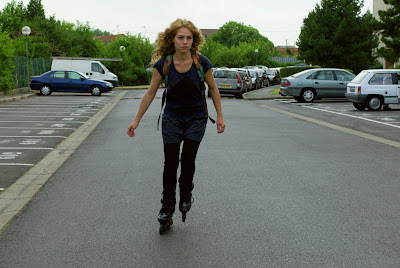 What could possibly lead someone to do such a selfish and mean-spirited thing, to seek out and exploit the victim-hood of others? Jeanne had no aspirations of making a social statement or causing a political firestorm, and never really expected it to gain such prominent national attention. But that one decision had powerful ramifications on her life, and the lives of those around her. The film isn't always successful in distilling that, its fractured structure often seems like more of a hindrance to its ultimate goal than an asset. Still though, credit must be given to Téchiné for not pushing the audience in one direction or another, which may contribute to the film's occasional lack of focus. In its quest to provide a free-flowing portrait of the circumstances surrounding Jeanne and the Jewish family that acts as her foil and parallel that is open to the interpretation of the audience, it seems to wonder a bit from its strongest material. Téchiné provides a wide canvas of ideas, but not all of them congeal into a satisfying whole.

Nevertheless, The Girl on the Train is an engaging and often riveting viewing experience. With Emilie Dequenne giving a strong central performance as Jeanne, and the always welcome Catherine Deneuve and Ronit Elkabetz providing solid support. There is a lot to process here, and a film of ideas is always commendable, and even if its parts don't always add up, Téchiné imbues it with a wise and lyrical grace.