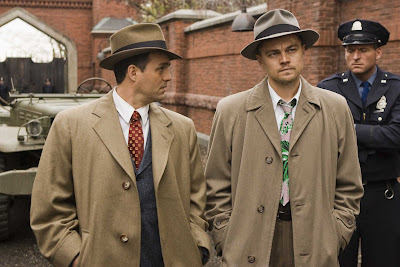 It has been interesting then, in the week since "Shutter Island" has been released, to watch the widely varied reactions to his latest movie. Seeing the film before it was released, I fully expected the reactions to be far less positive than they ultimately were, because at the end of the day, "Shutter Island" is Scorsese's weakest work in more than a decade.

As a spooky genre exercise, "Shutter Island" works on some levels. Based on the novel of the same name by Dennis Lehane ("Mystic River"), the film tells the story of Teddy Daniels (Leonardo DiCaprio) and Chuck Aule (Mark Ruffalo), two U.S. Marshals called to an institution for the criminally insane on an isolated island, where a patient mysteriously vanished from her cell without a trace. Once there, however, Chuck begins to suspect that there is much more going on here than meets the eye and that something very bad is happening deep within the bowels of Shutter Island, something that its administrators would do anything to keep hidden.

Scorsese sets up the atmosphere from the very beginning, with ominous music (from a brilliant but often overbearing soundtrack filled with the likes of Penderecki, Mahler and Richter) setting up an air of impending doom. The hard-boiled dialogue, in the style of a 1950s film noir from the period in which the film is set and steeped in post-war, Red Scare paranoia, harkens back to another era of filmmaking, much like everything else in the film.

Scorsese is in full-fledged homage mode, directing a movie that is more about movies than anything else, referencing everything from Robert Wiene's 1920 German Expressionist classic, "The Cabinet of Dr. Caligari," to Alfred Hitchcock's "Vertigo." It is not surprising, then, given its reliance on filmic references, that it often feels too careful, too calculated and ultimately too entrapped by its own construct. Scorsese seems to have settled into a safer, slicker, more Hollywood-esque aesthetic in his later years, a long way from his gritty beginnings. While that is not necessarily a bad thing, it feels counter-intuitive to the subject at hand.