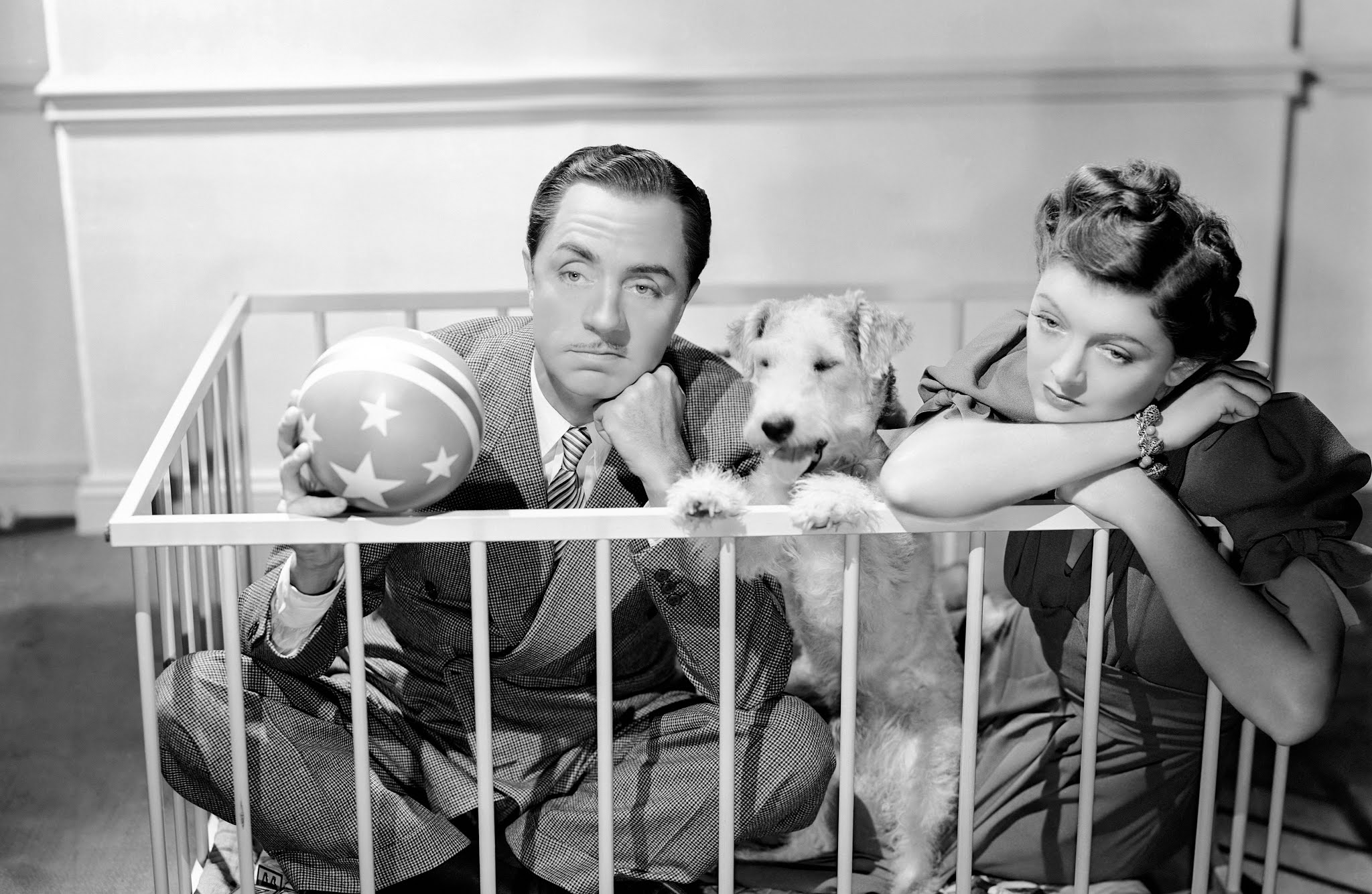 The third entry in the venerable Thin Man series finds Nick and Nora Charles  juggling life as new parents during a weekend getaway in which they inevitably get sucked into solving a mystery. At this point, the conceit is beginning to wear a little, um...thin, and the introduction of the baby into the mix does little to enhance the story as he disappears for most of the running time. Another Thin Man lacks the effortless sparkle of its predecessors, with the mystery taking more focus and shrouding the film in a darker air of intrigue.

William Powell and Myrna Loy are a delight as always, even if their repartee doesn't feel quite as witty as in the previous two films, and they make the most of what they're given. Another Thin Man hews closely to the tried and true formula, and it mostly works thanks to the charm of its leads. Director W.S. Van Dyke, who also helmed the first two films in the Thin Man franchise, as well as the next entry, Shadow of the Thin Man, was well known for his ability to crank out films quickly, relying on single takes and even filming actors interacting without their knowledge to make scenes feel spontaneous. Its part of what gives the Thin Man series its charm, but these films work best when focusing on its central sleuths rather than the mystery itself, which tends to pull focus for the franchise's third entry. 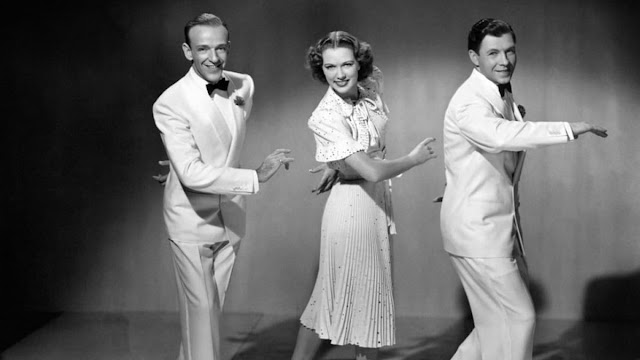 Broadway Melody of 1940 follows the "struggling performer makes good" formula that drove the previous entries in the series, with Astaire and George Murphy starring as two nightclub hoofers who dream of making it big on Broadway. But when a mixup leads Murphy to get Astaire's dream job (with his dream partner), Astaire has to set things straight with the show's absent minded owner (the always delightful Wizard of Oz himself, Frank Morgan) before the creditors come calling. Astaire and Eleanor Powell make a great team, and their final number "Begin the Beguine" is perhaps one of the legendary star's most graceful set pieces, but the film itself feels rather tired, and the formula for these large scale showbiz musicals that dazzled in the 1930s was beginning to wear thin. 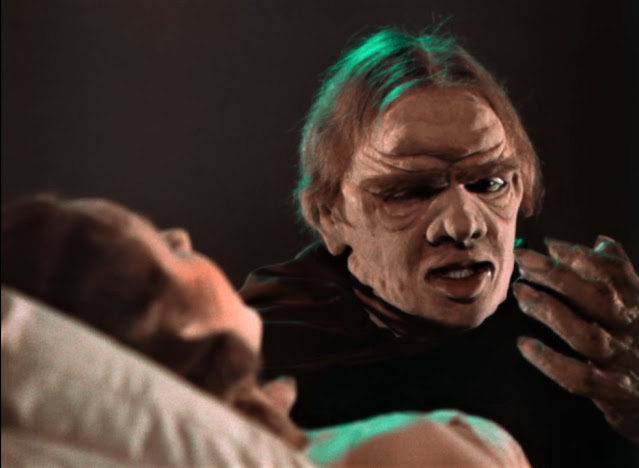 Michael Curtiz directs this spooky mystery set around a medical school where each student of Doctor Xavier (Lionel Atwill) becomes a suspect in a series of grisly murders, leading the doctor to attempt to recreate the murders in his lab with the help of his beautiful assistant, Fay Wray. Much of Doctor X feels like a dry run for Mystery at the Wax Museum (1933), which featured much of the same cast as well as rare two-strip Technicolor cinematography (the result of a stock quota Warner Brothers needed to use within a certain time frame). Both films are similarly atmospheric and feature grotesquely disfigured who steal corpses from the morgue, but Doctor X is a more exposition-heavy film, with a good chunk of the 76 minute running time devoted to Lionel Atwill leading detectives around the school and introducing them to potential suspects.

Still, while Mystery at the Wax Museum may be the strongest of Curtiz' unofficial horror trilogy (which also includes 1936's The Walking Dead), Doctor X is still a gruesome little chiller, made even more lurid by the sickly green hues of its early Technicolor. Warner Archive's new Blu-Ray features a stellar new restoration, detailed in the UCLA before/after restoration reel, also included on the disc along with a documentary about the horror films of Michael Curtiz, and Doctor X's place as the first in the unofficial trilogy. It's a fascinating look behind the method of one of the Golden Age's of Hollywood's busiest and most reliable filmmakers, as well as Warner Bros' reluctant ventures into the horror genre to compete with Universal's burgeoning monster series. 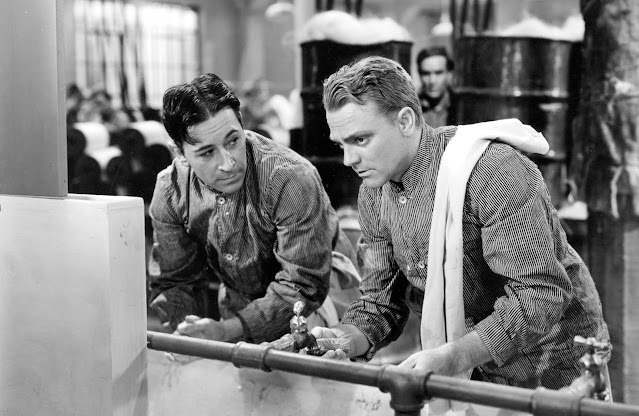 A reporter on the verge of throwing the lid off a massive organized crime conspiracy gets framed for murder in William Keighley's Each Dawn I Die, which cast James Cagney in a familiar tough guy role but this time as a good guy. Once inside the prison Cagney faces brutal guards, constantly beating prisoners and threatening them with "the hole," while coordinating with outside forces to prove his innocence and bring down the crime ring. He partners up with Hood Stacey (George Raft), a gang boss and murderer whose conscience leads him to help his newfound friend lead a revolt against the cruel prison guards in order to help Cagney expose the real villains.

Each Dawn I Die is a Production Code era film that smartly keeps Cagney on the wrong side of the law while allowing him to be the hero, taking a gritty look at prison conditions in the process. Here, the prisoners are the heroes in a story of corrupt district attorneys, cops, and politicians who are little more than petty bullies willing to do anything to hold on to power. Cagney is at his best here, and his partnership with Raft makes for a strong love/hate relationship that drives the picture forward. It may not be one of Cagney's most famous roles, but it's one of his most indelible. The new Warner Archive Blu-Ray also includes a delightful "Warner Night at the Movies" package that includes cartoon shorts, newsreels, and trailers from 1939, along with a fascinating featurette that puts the film in context with Cagney's already established gangster persona from the pre-code era.