Blu-Ray Review | The Private Lives of Elizabeth and Essex | 1939 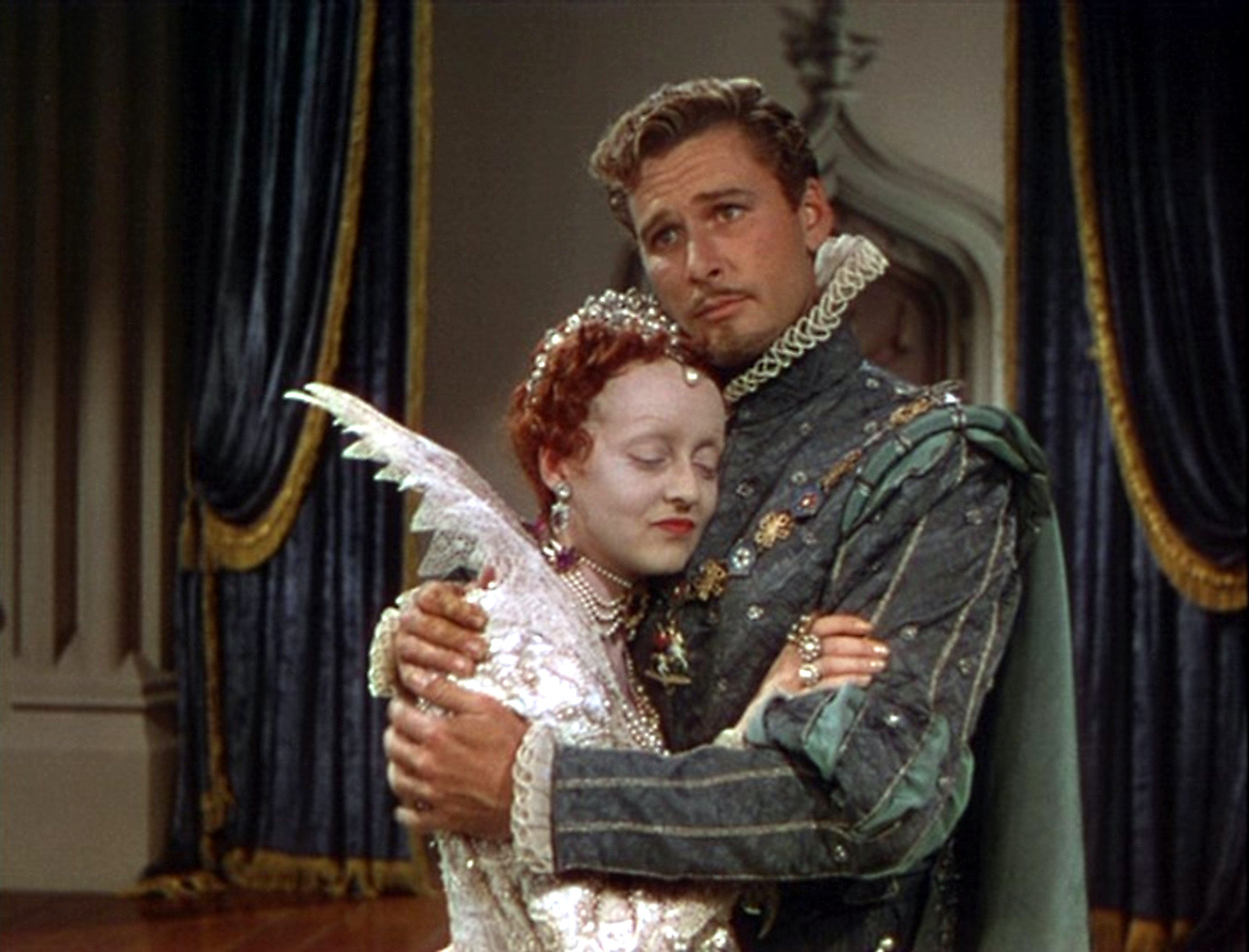 Released in the Greatest Year for Movies© that was 1939, Michael Curtiz's The Private Lives of Elizabeth and Essex, starring Bette Davis and Errol Flynn at perhaps the height of their stardom (not to mention Olivia de Havilland, who co-starred in Gone with the Wind the very same year) was viewed as something of a letdown as in the wake of Curtiz's 1938 output, which included such all-timers as The Adventures of Robin Hood (which was nominated for Best Picture) and Angels with Dirty Faces (for which he received a nomination for Best Director). 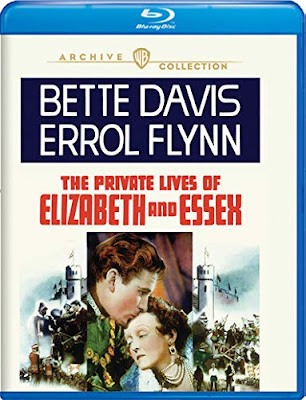 Elizabeth and Essex reunited Curtiz with his Robin Hood, Errol Flynn, de Havilland, and composer Erich Wolfgang Korngold for another historical epic that landed much differently than the jaunty escapades of Robin Hood. Where Robin Hood was light and fleet-footed, Elizabeth and Essex seems ponderous and self-serious; and indeed, it's certainly a much darker story, detailing the tempestuous romance between Queen Elizabeth I (Davis) and the Earl of Essex (Flynn). It has the sprawling battle scenes and high drama, but it's ultimately a film about two people, separated by title and power, doing everything they can to wound each other, whether out of jealousy or some misplaced sense of duty. For Elizabeth, Essex was a dashing younger man, for Essex, Elizabeth was path to greater power. Whether or not the two are actually in love makes up the film's central conflict, as palace intrigue continually keeps them apart, along with Essex's hubris and Elizabeth's mistrust and determination to divorce feelings from her royal duty.

It's certainly a sumptuous production - Warner Bros. pulled out all the stops and were rewarded with five Academy Award nominations in below-the-line categories like Best Cinematography (Color), Best Art Direction, Best Sound, Best Visual Effects, and Best Score. But it failed to garner much attention for its most notable elements, specifically Bette Davis' towering performance (she was nominated instead for Dark Victory, losing to Vivien Leigh for Gone with the Wind). Davis, hidden under heavy makeup and playing a much older character, is at her diva-licious best, managing to chew the scenery while imbuing her character with a real sense of conflict. That the film ultimately ends tragically is almost a given, but The Private Lives of Elizabeth and Essex is surprisingly heavy. Yet one can see  Curtiz establishing the groundwork for Shekhar Kapur's Elizabeth decades later, itself an overripe melodrama with a towering performance at its center.

Historical accuracy has never been at the forefront of films about Queen Elizabeth, but Curtiz's film is perhaps better than it gets credit for. It's certainly a bit repetitive, the back and forth between Elizabeth and Essex begins to feel like a familiar pattern by the end, but Davis and Flynn are just so good here that we truly become invested in their characters. It's a historical epic with the heart of a character piece, and the chemistry between Davis and Flynn elevates what could have easily become a turgid spectacle. Curtiz always had an eye for human relationships, and he creates a palpable sense of loneliness and isolation in the way he frames Davis. Trapped by tradition, power, and distrust, her Elizabeth is as much a tragic figure as the ill-fated Essex, each a sacrifice to the inhuman ideal of monarchy. It is an often overlooked film in the careers of nearly all the major participants; but now, gloriously restored in a new Blu-Ray edition from Warner Archive, The Private Lives of Elizabeth and Essex shines again.