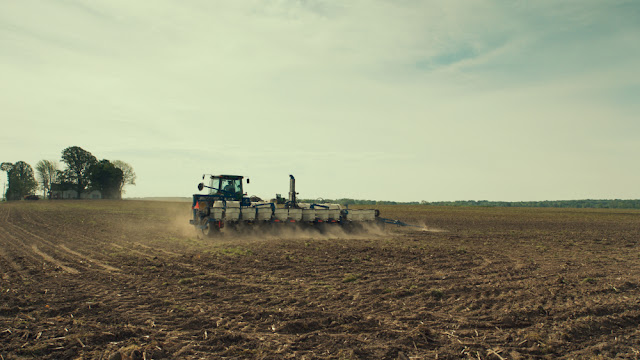 Perhaps America's foremost living documentarian, Frederick Wiseman's expansive documentaries have covered everything from prisons to the Paris Opera Ballet to the New York Public Library to the halls of Berkeley University to French cabaret clubs. Each one an incisively observational slice of life, chronicling the minutiae of life in their respective milieus.

In his latest film, Monrovia, Indiana, Wiseman turns his camera on the goings on in a small mid-western town in America's heartland. Here, Wiseman invites us to sit in on town council meetings, observe farm life, attend a Masonic lodge ceremony, and even bear witness to a funeral. Wiseman's films always unfold as if we're watching life as it is lived in real time, dipping in and out of daily activities like a dispassionate observer quietly going door to door. Monrovia, Indiana is no different, but at a comparatively svelte 143 minutes, it feels quite brief by Wiseman's standards. 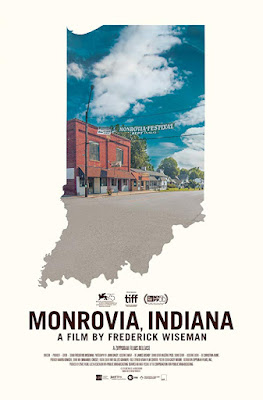 It also seems to be purposely avoiding the elephant in the room - and that's Donald Trump. This is deep in the heart of Trump country, something that Wiseman vaguely alludes to in shots of bumper stickers for sale at a street vendor showcasing slogans supporting God, guns, and America, love it or leave it. Yet, as his way, Wiseman never comments on the violent undercurrent of some of these messages, and they never come up again. There's something to be said for a film in our increasingly partisan times that simply observes, showcasing flyover country life for Wiseman's more coastal audiences. That is, after all, Wiseman's style - observe but don't comment. He simply shows what he sees. But here he almost seems to be actively avoiding the subject.

Perhaps the overwhelmingly white population of Monrovia, Indiana doesn't have politics on the mind as much at the moment because Trump's policies aren't affecting them negatively. Perhaps Wiseman chose to avoid it altogether. But it does seem like an odd choice to briefly acknowledge the virulent undercurrents running beneath the otherwise pleasant town meetings and friendly socializing only to never mention it again. It's a strange misstep in an otherwise stellar film, one of Wiseman's most purely emotional works. It makes riveting cinema out of a vote to appropriate funds for a bench in front of the local library, and a a town hall debate about a fire hydrant. These sorts of seemingly mundane business are Wiseman's forte, and his ability to find beauty and wonder in the moments of life that would end up on the cutting room floor of most documentaries is what makes him such a special filmmaker.

But perhaps the most masterful touch of Monrovia, Indiana is Wiseman's decision to end the film with a funeral. The final 30 minutes of the film is spent in the company of a woman we likely never met, and yet by the time the film is over we felt as though we knew her. We mourn with her family, their tears become our tears. She could have been anyone, but for a moment her funeral becomes a projection on which the audience projects its own losses. She's our grandmother, our aunt, our sister, our mother. In fact, it's almost as if Wiseman is mourning the very way of small town life chronicled here. As the small towns of America's past fade away, little pockets like Monrovia still cling to their memories, seemingly untouched by time.

And yet time marches on - it's the quaint contradiction inherent in Monrovia, Indiana. It feels like a film that would have felt much more impactful 2-3 years ago, but now it seems to stand as a stark reminder of what happens when isolated white communities ignore the world around them, and the noise of the Trump era howling around it can't be drowned out. It makes for a fascinating companion piece with Wiseman's 2015 film, In Jackson Heights, which chronicled a much more diverse, but no less engaged, neighborhood in Queens, New York - a kind of "two Americas" portrait that says as much about where we are today as any pundit on a 24 hour news network or a breathless 2 AM tweet storm from the White House. Wiseman is a peerless filmmaker, and Monrovia, Indiana is a testament to his talent as a quiet observer. Perhaps what he's really doing here is simply cutting through all that noise and listening to the people on the other side. In 2018, we could all use a little bit more of drowning out the noise and simply listening. Monrovia, Indiana may not be "America," but it's certainly a part of a greater community, and a brilliant tapestry of work that Wiseman has been weaving for decades.